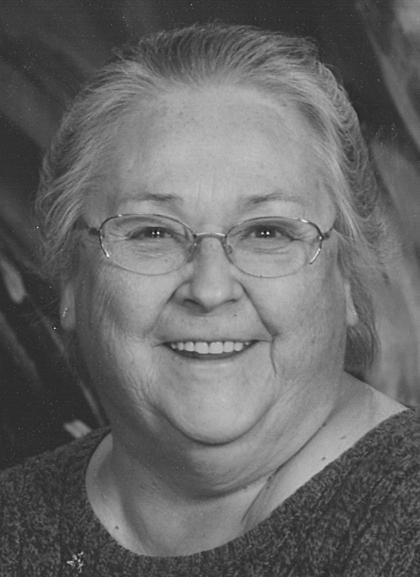 Mary M. Dresang, age 68, went home to heaven on Saturday, December 4, 2010 at Appleton Medical Center. Mary was born on September 1, 1942 in Waukegan, Illinois, daughter of Thomas and Evelyn (Rider) Copeland. She graduated from the former Appleton High School in 1960, and had a passion for organizing class reunions for the high school. On August 26, 1972, she was married to David Lee Dresang, Sr. in Appleton; he preceded her in death in 2006. Mary worked for Cadre Employment Services for 10 years. She was a member of the Women of the Moose, Appleton Chapter 404. She loved yellow roses, angels, and doing newspaper crossword puzzles. Mary had a great love for her family, especially her grandchildren and great-grandchildren.
Mary is survived by her children, David (Theresa) Dresang, Jr., Green Bay, Barb Ashton, Anchorage, AK, Sally Montulli, Rochester, NY, Randy (Angela) Dresang, Hubert, NC, and Mary Kay (Jim DeDecker) Dresang, Appleton, WI; 16 grandchildren, 8 great-grandchildren; brother, Ron (Terri) Richman, Rockford, IL; a sister-in-law, Estelle Kendrick; two good friends, Sue Garcia and Carol Mandel; her cat, Sammy; and many other relatives and friends.
She was preceded in death by her parents, and one brother, Don Kendrick.
The funeral service for Mary will be at 6:00 p.m. on Tuesday, December 7, 2010 at WICHMANN FUNERAL HOME, with Dr. Doyle Blanton officiating. Friends may call at the funeral home from 4:00 p.m. until the time of the service. Inurnment will take place at a later date at Riverside Cemetery, Appleton. In lieu of flowers, memorial donations in Mary's name may be made to a fund being established.