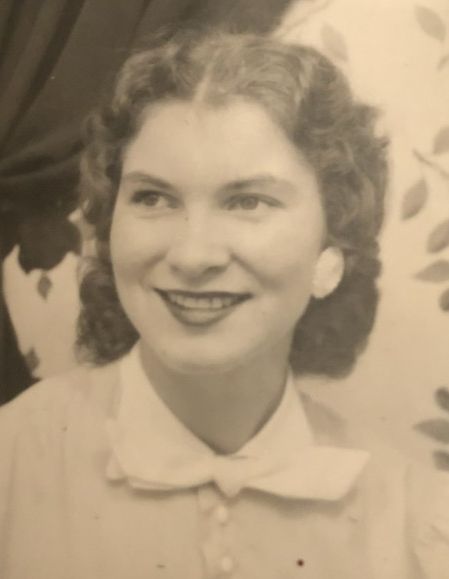 Mary Margaret (McCarthy) Reardon, age 84, of Appleton, passed away peacefully at St. Paul Elder Home surrounded by her loving family on January 25th, 2019. Mary was born in Appleton on the McCarthy farm on June 6, 1934 to Bill and Helen (Heckel) McCarthy. Her parents instilled in her the importance of hard work and taught Mary the virtues by which she lived her life. She treasured her upbringing on the farm which she shared with her six older siblings; Rich, Bill, Emmett, Don, Dolly and Cliff.

Mary moved into Appleton before her junior year at Appleton West High School, graduating in May of 1952, after which she was employed as a secretary. Mary met the love of her life, John “Jack” Reardon at a Mother’s Day dance at the Nightingale Ballroom. They were married on May 29, 1954 at St. Therese Church in Appleton. Their first years were spent in Wausau and then in Fond du Lac. Mary and Jack moved back to Appleton and raised six children.

With her deep faith in the Lord she devoted her life to prayer. One can only imagine the countless hours of prayer this devout Catholic woman said over her lifetime. We have no doubt that she was received into the loving arms of Jesus, the true reward of a faith-filled life as soon as she passed on. Mary so enjoyed sharing stories of life on the farm, making her delicious meals, pies and other desserts. Mary always opened her home to those who had nowhere to go on holidays. Mary enjoyed spending time at the cottage on the Bay of Green Bay in Dykesville with friends and extended family.

Following many years of raising children at home Mary worked at Monte Alverno Retreat Center for fifteen years helping the Capuchin Fathers. She started the Marian Devotions of the Fox Valley, Chalice of Strength Prayer Group, Chapel of Divine Mercy at St Pius X Catholic Church and was the foundress of the Widows of Prayer. It was evident to Mary that the Lord had a special plan in store for her after the passing of her husband in 1994. After talking to her spiritual director, Fr. John Guimond, Capuchin, a small group of women gathered for an evening of recollection and Mass. These widows made a decision to devote themselves to a ministry of prayer for priests and others in church leadership. They chose to foster devotion to the Blessed Sacrament, support the Church’s leaders by prayer and reach out to widows, especially recent widows with compassion.

The concelebrated funeral liturgy will be held at ST PIUS X CATHOLIC CHURCH, 500 W. Marquette Street, on Friday, February 1st at 11:30 AM. Visitation will be at church on Friday from 9:00 AM until the time of service. Additional visitation will be held at church on Thursday, January 31st from 3:30 PM until 6:00 PM with a 6:00 PM prayer service. Interment at St Joseph Catholic Cemetery. In lieu of flowers, memorials to the Widows of Prayer in Mary’s name are appreciated.

Her family is thankful for Mary’s example of faith, devotion to family, hard work and unconditional love. Mary’s family would also like to extend a grateful thank you to all who provided compassionate care to her.