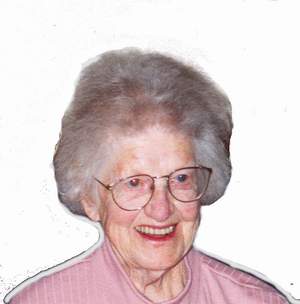 Age 90, passed away Tuesday, August 3, 2004 at St. Elizabeth Hospital in Appleton. Mary was born in Appleton on March 3, 1914, daughter of the late Andrew and Anna (Huhn) Theiss. She attended high school in Appleton, as well as nurses‚Äô training at St. Agnes in Fond du Lac. As a young woman, Mary worked as an industrial nurse for Kimberly Clark Lakeside Mill as well as at St. Elizabeth Hospital in Appleton. In 1945 she entered the Army Nursing Corps and served her country as a 2nd Lt. and registered nurse until early 1946. In February of 1946, she married Edmund Kamasky at St. Joseph Catholic Church in Appleton where she was a lifelong and active member. Over the years, Mary had volunteered at the church and school in countless ways.

The funeral liturgy for Mary will be held at 10:30 AM on Friday, August 6, 2004 at ST. JOSEPH CATHOLIC CHURCH, 410 W. Lawrence Street in Appleton with Fr. Larry Abler officiating. Interment will be in Riverside Cemetery where the members of William Verhagen Post #60 of the American Legion will provide full military honors. Friends may call at the funeral home on Thursday (TODAY) from 4 ‚Äì 8 PM and again at the church on Friday from 9:30 AM until the hour of the service. In lieu of flowers, the family has suggested that memorials be directed to the St. Joseph Parish Building fund.