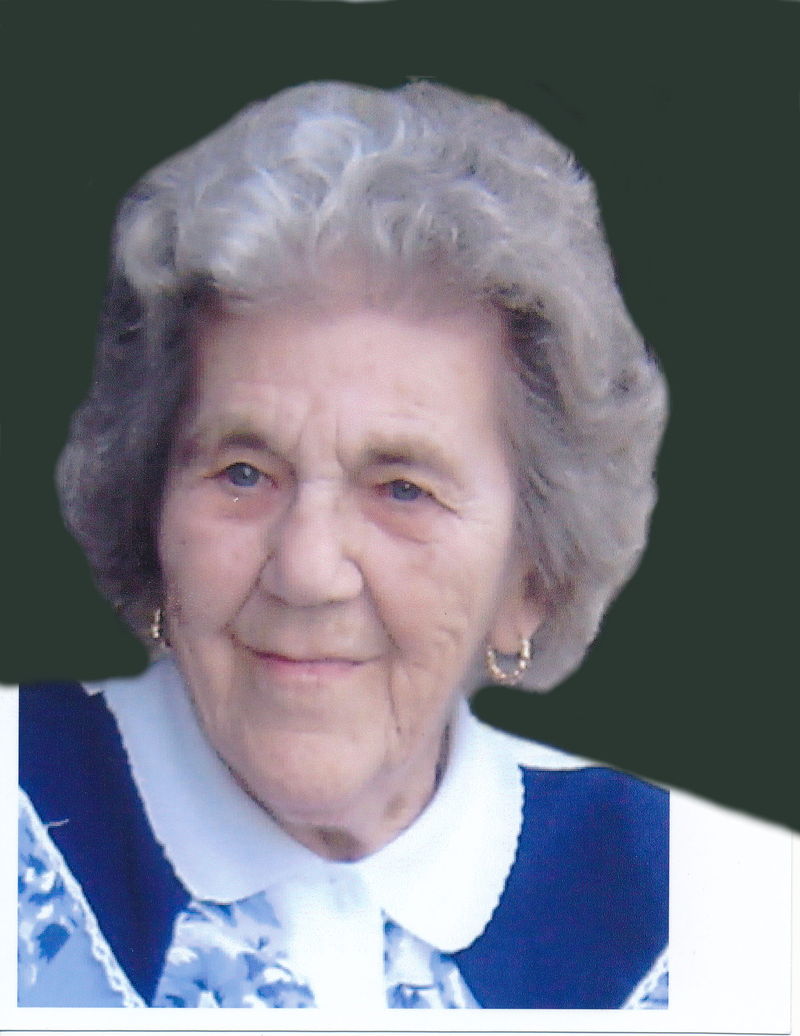 Mary Van Toll, age 97, died at Parkside Care Center in Little Chute on Saturday, March 16, 2013. She was born in Appleton on December 4, 1915, daughter of the late Ernest and Dora (Vandenberg) Blohm. Mary was one of three children, and was preceded in death by her sister Frances and her brother Norbert. She was a resident of Appleton until 1940 when she married John M. Van Toll in Detroit, Michigan on April 27. The couple returned to Appleton in 1956. Mary was a homemaker and enjoyed golfing, bowling, and playing cards.

She is survived by two sons: John W. Van Toll of Appleton and Donald J. (Jackie) Van Toll of Combined Locks; three granddaughters: Jodie (Keith) Huss of Kaukauna, Kristine (Michael) Wallner of Honolulu, Hawaii, and Tracy (Dan) Malsavage of Kimberly; there are two great-grandchildren: Seth Huss and Alexandra Malsavage. There are also many nieces, nephews, other relatives, and friends. She was preceded in death by her parents; her husband John in 1996; and a grandson: James Van Toll.

The family would like to thank the staff at Parkside Care Center for the care they gave to Mary. They were always there for her. Also, a thank you to Heartland Hospice for the comfort they provided in her last days.