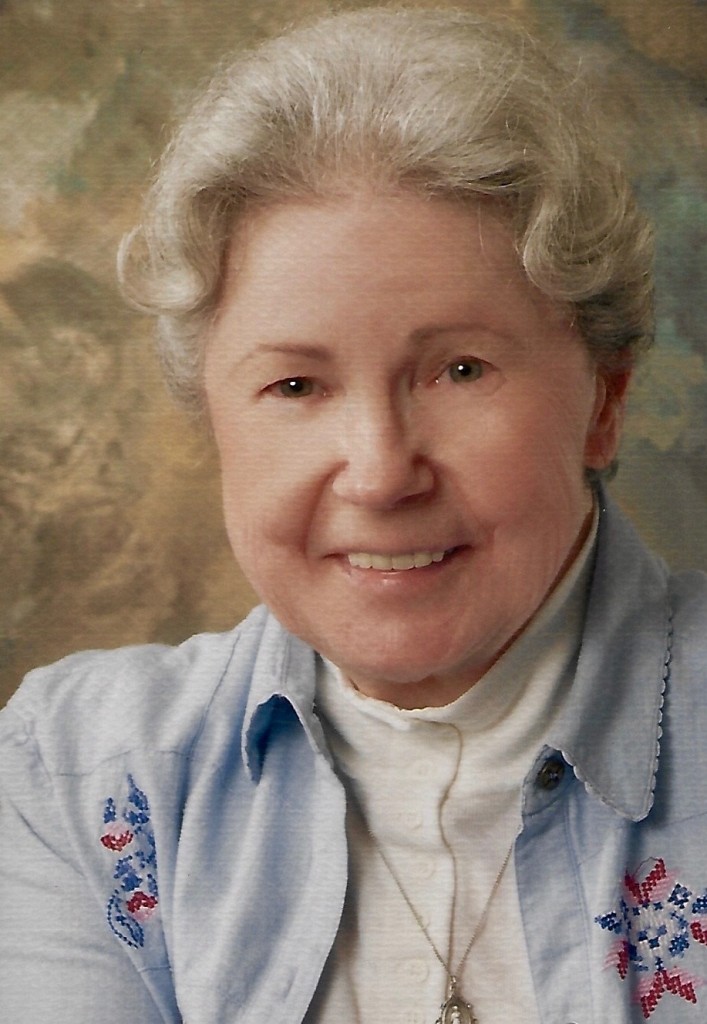 Mary Magdalene O’Connor, age 90, of Appleton, Wisconsin, passed away in her home surrounded by her family on Wednesday, September 25, 2019. She was born in Appleton, Wisconsin, on July 6, 1929, to the late Frank and Theresa (Gmeinweiser) Islinger. Mary married James J. O’Connor, Jr., on June 7, 1952, at Sacred Heart Catholic Church, and they spent 45 years together before he passed away in 1997.

Mary’s life centered on her faith, family and friends. She was a loving wife, mother, grandmother and great-grandmother. She filled her life with giving to others through hand-sewn clothes, quilts and pillows for her family and the underserved. She supported many nonprofit organizations, and her volunteer work at St. Elizabeth Hospital was something she greatly enjoyed. Mary was also known for the countless lengthy letters of encouragement and support she wrote to family and friends over the years. In her later years, she also enjoyed doing jigsaw puzzles and playing card and board games—her family unanimously agrees that backgammon was her all-time favorite! Her life was consistently characterized by her kindness, generosity and faithfulness to family, friends and anyone who crossed her path. She will be dearly missed by her family and many friends.

The celebration of Mary’s life will be held at 4:00 PM on Friday, October 4, 2019, at Wichmann Fargo Funeral Home Tri County Chapel, located at 1592 Oneida Street in Fox Crossing, Wisconsin, with Rev. Carl Schmitt officiating. Visitation will be held from 2:00 PM until the hour of service.

Mary’s family members wish to express their gratitude to the Ascension at Home hospice team for their wonderful care and to all the doctors, nurses and friends who added to the comfort and pleasure of Mom’s last years with us.

One of Mary’s greatest joys was giving generously to local charities. In lieu of flowers and to honor Mary, the family requests that any gifts be made directly to a charity of your choice.