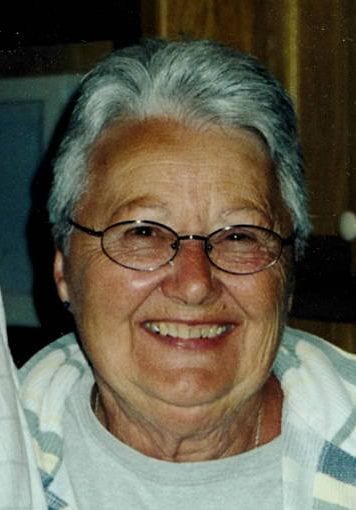 Mary Lou Murphy, 87, passed away on Monday, April 6, 2020 at Prairie Homes Assisted Living. Mary was born on November 22, 1932 to the late Thomas and Thekla (Suess) Zelinski.  Mary grew up on First St. in Menasha and attended St. Mary’s Catholic School.  She attended St. Agnes in Fond du Lac where she made many lifelong friends while becoming a nurse. On August 1, 1959 she was united in marriage to John E. Murphy at St. Mary Catholic Church in Menasha.  They lived in McHenry, Illinois for many years until she returned to Menasha after John died.  Mary was always very active in her church where she was a member of the choir, taught religious education, was a reader and a Eucharist Minister.  She also enjoyed being active and was a member of the YMCA where she enjoyed swimming and water aerobics. Her greatest joy was her family and spending time with them at the home on Lake Winnebago.

Mary was preceded in death by her parents, her husband John E., a sister Joan Zelinski, her brothers; Robert (Katie), William, David and Paul Zelinski.

In keeping with current circumstances, the funeral liturgy for Mary will be held at a later date at St. Mary Catholic Church in Menasha. Online condolences may be expressed at www.wichmannfargo.com.  The family would like to extend their sincere thanks to Prairie Homes.