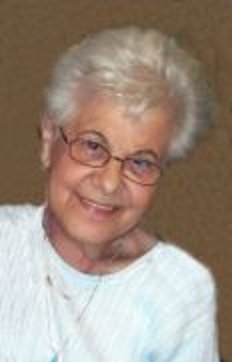 Mary Lou Merz, age 87, passed away on Wednesday, November 22, 2017. She was born on June 17, 1930 to the late Carlo and Genevieve (Pecora) Reda. She grew up in the Chicago area, graduating from Chicago Loretto Academy High School. Mary Lou married her husband, Norman Merz, on August 6, 1949. They lived in Illinois until retiring to the Waupaca area in 1985. They had 54 wonderful years of marriage until Norman’s passing in 2003. Mary Lou spent her career working in bookkeeping. Her years at Piggly Wiggly in Waupaca, until she was 86 years old, were cherished working many positions from bookkeeping to training employees. In her free time, she enjoyed gambling, painting, drawing and spending time with her three grandsons who were the light of her life.

Funeral services for Mary Lou will be held at 5 p.m. on Friday, December 1, 2017 at WICHMANN FUNERAL HOME, 537 N. Superior St. Appleton. There will be a time of visitation from 3 p.m. until the time of service. Online condolences may be expressed at www.wichmannfargo.com.