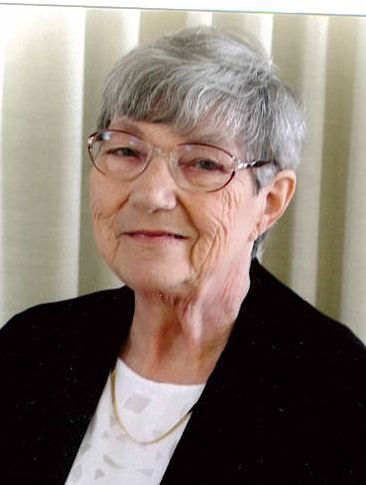 Mary Lou Holewinski (Leach), age 81, Menasha, passed away peacefully in her home after a long and courageous battle with Alzheimer on Sunday, December 11, 2016. Mary Lou was born on August 27, 1935, in Menasha, the daughter of the late Clifton Leach and Catherine (Lemmens) Moss. Mary Lou was a resident of Menasha and a summer resident of Crandon, WI.

Mary Lou enjoyed many things in her lifetime especially playing bingo, spending time outdoors, bowling, crocheting and collecting pieces for her Christmas village. She worked many places in the community and was heavily involved in the lives of her children and grandchildren.

She was preceded in death by her parents, her mother and father-in-law, Edmund and Mary Holewinski; brothers, Richard and Robert Leach; a sister, Bonnie Kessler; brothers-in-law, Eugene, Richard, Jerry and Norbert Holewinski, sisters-in-law, Rita Westenberger and Mary Ann Pontow.

Service for Mary Lou will be held on Friday, December 16, 2016 at WICHMANN LAEMMRICH CHAPEL 312 Milwaukee ST. Menasha, WI from 4pm-8pm with a service beginning at 7pm with Deacon Don Schultz officiating.

The family would like to thank Mary, who loved Mary Lou tremendously while she cared for her. The nurses of ThedaCare at Home, especially Lorraine, Amber, Jodi, and Claudia. They walked us through the process and took care of Mary Lou right until the end. We wouldn't have made it through this without their assistance.