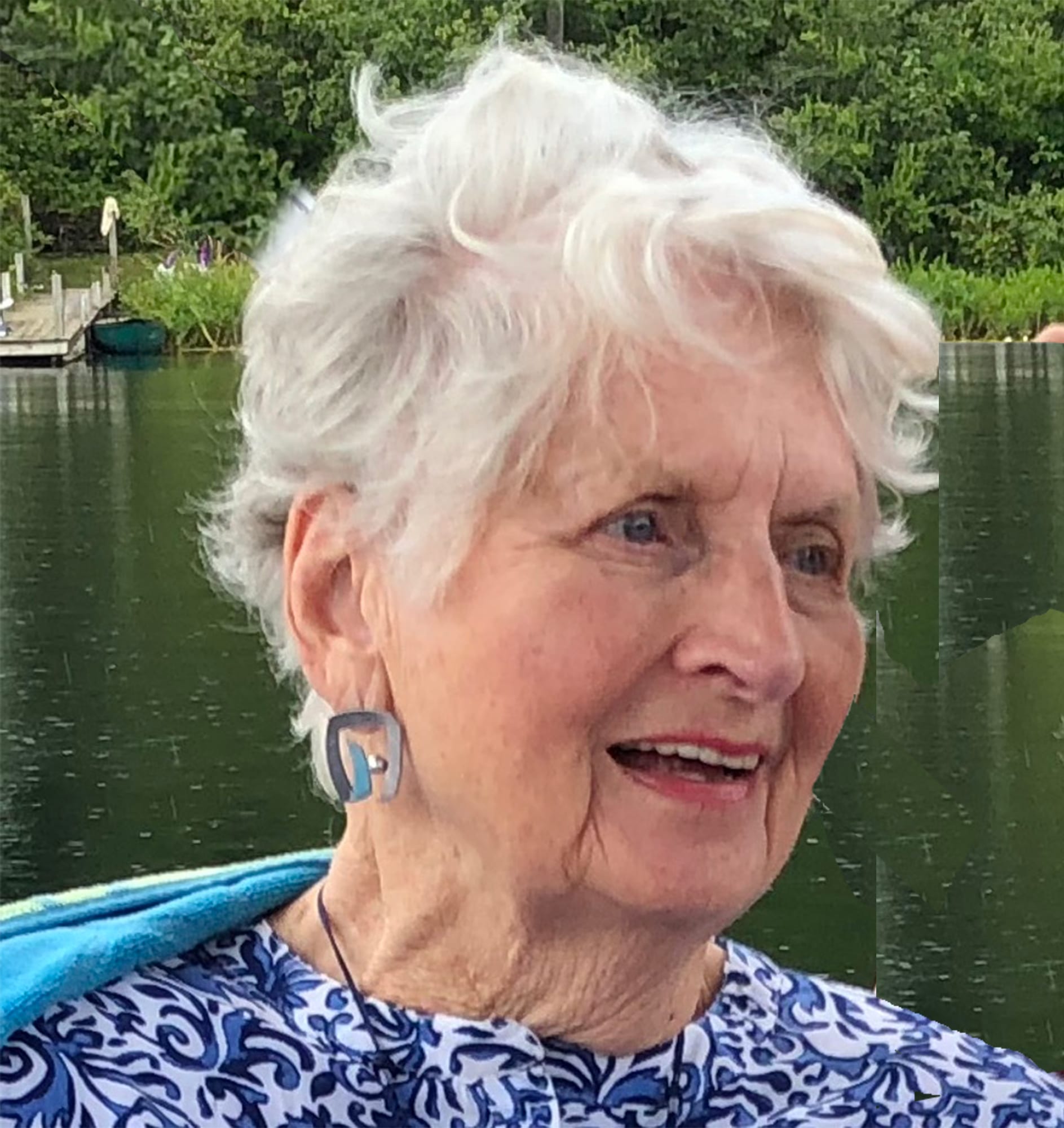 Mary Grist passed away peacefully, at sunset, in her beloved home, Locksley Lodge in Waupaca, Wisconsin on August 3, 2020. Mary Margaret Vandenberg was born on September 8, 1928 in Kimberly, Wisconsin to Gregory and Marie Vandenberg. Her mother, Marie, died during childbirth. When she was nine days old, Mary was welcomed into the loving family of Marie’s brother Henry Lamers and his wife Leone. Mary Lamers was adopted by Henry and Leone and grew up in their home in Appleton with both Lamers and Vandenbergs as close family. They lived on Owaissa Street a few short blocks from where her future husband lived on Winona Court. Mary Lamers married F. James Grist, Jr. at Saint Therese Catholic Church in Appleton on June 21, 1952. Although Mary did not meet Jim Grist until college, she ended up raising five children with him in his childhood home on Winona Court. Mary was a joyful, loving, and adventurous mother.

The Lamers clan were dairy farmers. The boys were talented singers who harmonized together twice a day at milking time. They taught Mary how to sing with them. The shared joy of making music together in the milking barn eventually grew into a career for Mary who graduated from Lawrence University as a voice major in 1950. After college Mary taught music in Berlin, Wisconsin and later at Holy Name School in Kimberly. She was a stunning soprano and shared her talents and her love of music in churches of many denominations, community theater, musical ensembles, weddings and recitals. She was a tireless force for music, a founding member and president of the Fox Valley Symphony League and raised money for public art like the bronze sculpture fountain “Ring Dance” that graces Appleton’s City Park.

Mary excelled at creating space and opportunity for people to be together and appreciate new things. For twelve years she organized and led group travel to Europe, the Caribbean, the Mediterranean, the Holy Land, and Hawaii as an account executive for Creative Group Tours. In 1972 she talked Jim into buying the defunct Locksley Lodge on Round Lake in Waupaca. She coaxed her family into renovating the old lodge which became the gathering place for her extended family and a bountiful collage of friends, foreign exchange students, college kids, artists, ne’er-do-wells and do-gooders alike from around the world. Her open-door policy was renown and a testament to her knack for bringing people together to share a meal and a sunset, a song, and a love of beauty.

In lieu of flowers or other expressions of sympathy, we ask donations be made in our mother’s name to the Community Foundation for the Fox Valley, for the Jim and Mary Grist Family Fund.