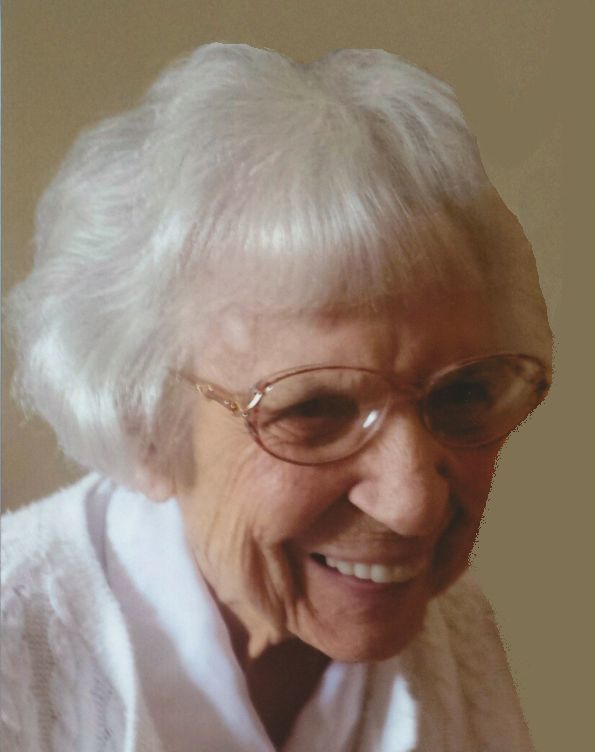 Mary Jane Stumpf, age 95, of Appleton, passed away at St. Paul Home, Kaukauna, on Saturday, April 30, 2016. Mary Jane was born on June 18, 1920, in Appleton, to the late Gustav and Henrietta (Kleuskens) Ristow. She married Donald Joseph Stumpf on September 11, 1948, at St. Joseph Catholic Church, Appleton; he preceded her in death in 1983. Mary Jane was a member of the American Legion Auxiliary, VFW Auxiliary, Monte Alverno Retreat House member, and a life member of St. Elizabeth Hospital Auxiliary. She was employed at Prange, Kitz & Pfeil Hardware and Griesbach Grocery. Mary Jane was well-known for her bowling skills and sang in the St. Pius Catholic Church Funeral Choir for many years. She was dedicated to faith, love and service.

Survivors include her son, Jeff Stumpf; her grandsons, Brian and Nathan Stumpf and their mother, Kathe Julin; her sisters, Elayne Schabow, Grace Wege and Carole Ristow; and her special friend, Joyce Nyman. Mary Jane is further survived by many nieces, nephews, other relatives and friends. She was preceded in death by her infant brothers, Kenneth and Melvin and her infant sister, Ione; her brothers, Gordon Ristow and Arvin Ristow; and her sister, Bernice Muraski; her sister-in-law, Janet; and her brothers-in-law, Leo and Lloyd.

The Funeral Liturgy will be at 11:30 a.m. on Friday, May 6, 2016, at ST. PIUS X CATHOLIC CHURCH, 500 W. Marquette Street, Appleton, with Fr. Thomas J. Farrell officiating. Friends may call directly at the church on Friday from 9:30 a.m. until the time of services. Interment will be in St. Joseph Cemetery, Appleton. A memorial has been established in Mary Jane's name. The family would like to extend a sincere thank you to the staff at St. Paul Home and the St. Paul Home Hospice Program, especially Melissa, Holly and Sue. Online condolences may be offered at www.wichmannfargo.