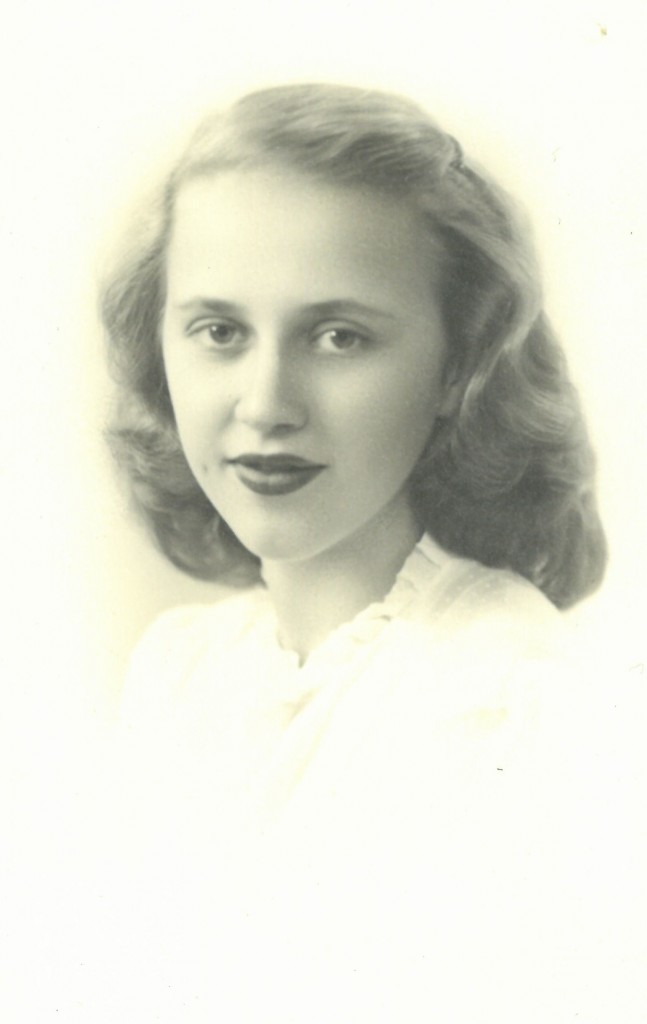 Mary Jane Renaud, age 90, passed away on Friday, December 8, 2017 at Heartwood Senior Living in Appleton, WI. She was born on July 17,1927 in Sheboygan WI, eldest child of the late Edmund and Veronica (Woelfel) Gehrig. On October 23, 1954, she married Edwin Renaud in Sheboygan, WI. She was an active member of St. Bernadette Catholic Church in Appleton, WI as well as a member of Appleton Quilting Guild and several bridge groups. She was a longtime volunteer at St. Elizabeth’s Hospital. Mary Jane also volunteered as a driver for Outagamie County Health and Human Services and prepared meals for COTS. During her career she worked as an Executive Assistant for the mayor, Marigen Carpenter, and the city attorney in Neenah City Hall for 9 years. She also worked various clerical jobs including working for the Sheboygan Press, Pabst Brewery, First National Bank of Appleton and Manpower. Mary Jane worked as a waitress at Little Bohemia Lodge in Manitowish Waters. In her free time, she enjoyed cooking, quilting, genealogy, family and family reunions, time at the lake cottage, bridge and card playing.

She was preceded in death by her parents as well as her brothers, Don and Paul Gehrig.
A memorial service will be held in Mary Jane’s honor at 11 a.m. on Monday, December 18, 2017 at ST. BERNADETTE CATHOLIC CHURCH, 2331 East Lourdes Drive, Appleton with Fr. Don Zuleger officiating. There will be a time of visitation from 9 a.m. until the time of service. Online condolences may be expressed at www.wichmannfargo.com.

The family would like to express their heartfelt appreciation to the caring staff at Heartwood Senior Living and Aseracare Hospice.

In lieu of flowers, memorials can be sent to Alzheimer’s Association or Aseracare Hospice in Mary Jane’s name.