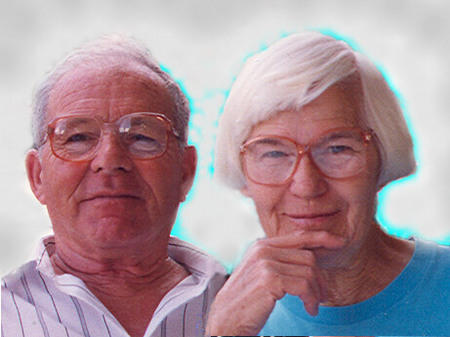 Mary was born on January 8, 1922, to the late Henry J. and Maria (Gietman) Bons in Groesbeek, Holland. She lived in Holland during World War II and immigrated with her family to the United States on August 19, 1950. In August 1952 she married James H. Raedts of Kimberly.

The couple were members of Elizabeth Ann Seton Catholic Church, Fort Collins. Mary was a homemaker. She loved nature, reading, and travel. Her trips to Arizona and Wisconsin were filled with “beautiful sightseeing”. Their children will plant a tree in their memory for Earth Day.

James was born on June 29, 1924, to the late Jan Mathijs and Maria (van den Berg) Raedts in Kimberly, the family then moved to Holland in 1926. He resided in Holland during World War II and survived German work camps before returning to the United States. He loved traveling to Arizona, Wisconsin, and Holland. He liked talking about his war time experiences.

James is survived by his sisters: Mary Van Bommel and Teresa Janssen of Holland. They are further survived by many nieces, nephews, other relatives and friends.

She was preceded in death by her sister, Coby (Ted) Kokke and brothers, Henry and Peter Bons and brothers-in-law, Jake Kelderman and Bill Vander Maazen.

He was preceded in death by his sister, Wilma Raedts, and brothers-in-law, John Van Bommel and Ton Janssen.

A memorial mass for Mary and James will be held in Colorado. The private committal service will take place at Holy Name Catholic Cemetery, Kimberly. In lieu of flowers, a memorial fund has been established in their name.