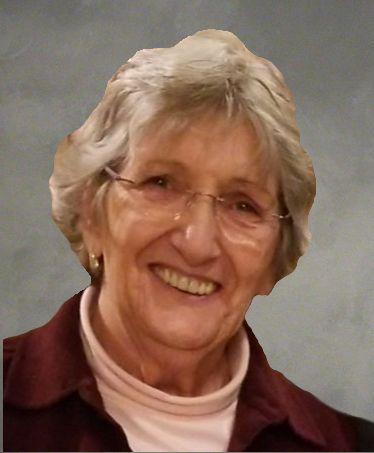 Mary Carlson, age 78 of Darboy, passed away unexpectedly on Wednesdsay morning, August 29, 2018. Mary was born in Ashland, Wisconsin on December 31, 1939, daughter of the late Willard and Lillian (Barabeau) Trembley. On April 28, 1962, she married Bill Carlson in Saxon, Wisconsin.

For their first twenty-eight years of their marriage, Bill and Mary lived in Superior, where she worked as an x-ray technician. In 1990, they moved to the Appleton area to be closer to their growing families.

Mary was a charitable woman who always wanted to lend a hand to others. She was very artistic, and enjoyed arranging flowers, painting, cooking, gardening, and playing cards. She was also an expert seamstress, and had sewn clothing, costumes, and uniforms for many over the years.

Mary is survived by her husband who was the love of her life: Bill Carlson of Darboy; two daughters: Ann (Dan) Collins of Poplar, Wisconsin and Liz (fiance Mike Hahn) Carlson of Harrison; four grandchildren: Nathan Collins, Michelle Collins, Ryan Cotnoir, and Jacquelyn Helmeid; two great-grandchildren: Cajea and William Cotnoir; two sisters and a brother: Anne Holup, Jerry (Dorothy) Trembley, and Beverly Smith; her in-laws: Ray Carlson and Joan (Ed) Safford; as well as many nieces and nephews. Mary was preceded in death by her parents, and brothers-in-law John Holup and Jim Smith.

Mary’s family will gather to celebrate her life on Tuesday, September 4, 2018 from 1:00 PM until 4:00 PM at the Jansen Fargo Funeral Home, located at 204 E. Kimberly Avenue in Kimberly. There will be a prayer service at 4:00 PM. Friends are invited to join the family at the funeral home on Tuesday afternoon, from 1:00 PM until the time of the service.