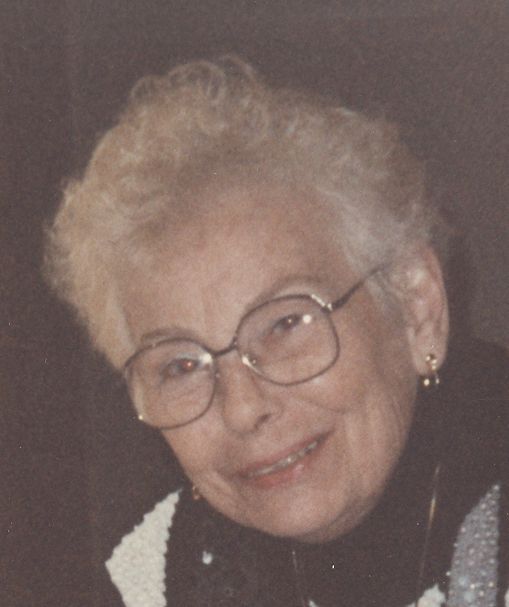 Mary was born on June 20, 1923 in Kaukauna to William and Genevieve (Van Dyke) Martzahl. After she graduated from high school she went to the St. Clara Home in Milwaukee and worked at International Harvester. Mary then enlisted in the US Navy where she met her future husband Leon. After serving as an aviation machinist's mate third class she married Leon Krueger on June 29, 1946 at Holy Cross Catholic Church. She also worked at Zwicker's Knitting Mill and later she retired from the Kaukauna Club Cheese Company. Mary enjoyed gardening, knitting, golfing and loved to bake. Some of the most important things to Mary were her children, grandchildren and great grandchildren and the special memories they made together will always be cherished. Her faith was important to her and she was a life long member of Holy Cross Catholic Church.

The family would like to thank the staff at the Elder Care Cottages and West Allis Memorial for the excellent care and concern shown to Mom and her family during this difficult time. Online condolences may be expressed at www.wichmannfargo.com