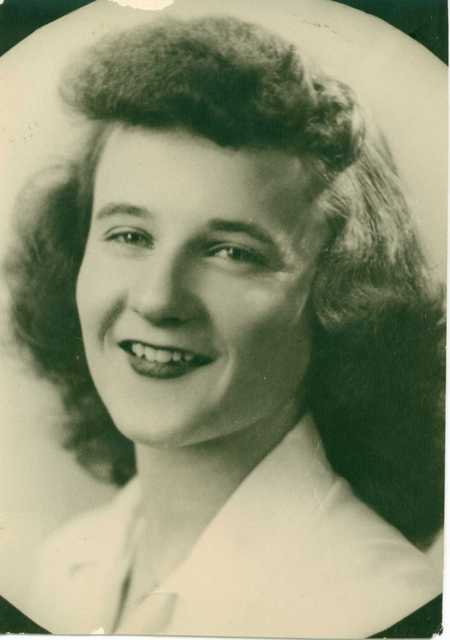 Mary Evelyn (Pettingill) Johnson, 86, of Menasha, died peacefully at home on Friday, June 1. Born November 24, 1925 to Clarence and Olive (Dustrude) Pettingill in Milwaukee, Mary grew up among loving family along the canal on River Way in Menasha. She remained close to her sister, Phyllis “Flip” Rohrbeck, throughout their lives. Mary worked for many years at Schneider Trucking in Green Bay. She married Harold Johnson in 1972, and together they spent many happy years watching Brewers baseball games and traveling to visit family and scenery in their RV. She liked to shop, adored Bob Hope and Bob Uecker, loved to be in or near water, kept up with politics, and enjoyed playing cards with her sister. She was equal parts worrywart and comedienne and could find the goodness in everyone she met.

She was preceded in death by her beloved parents; her daughter, Mary Sue Vought, in 1965; her son, Robert Vought, in 1967; her husband, Harold Johnson, in 2002; and her sister, Phyllis Rohrbeck, in 2009.
Her family would like to thank the First Congregational Church of Neenah and Theda Clark
hospice care for their support during her illness.

Mary was grateful throughout her life to doctors in Madison who cared for her young daughter Mary Sue.