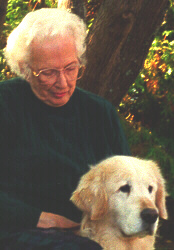 Mary Alsted Strange
Mary was the only child of Lewis L. Alsted and Mary Van Nortwick Alsted. Born December 21, 1915 in Chicago, IL she lived in Appleton since 1922. Previously, she and her family resided in Milwaukee. Her father, Lewis was President of the Combined Locks Paper Co (today the Appleton Papers Corporation).

Mary attended the Appleton Public Schools but continued her education at The Baldwin School, Bryn Mawr, PA where she graduated in 1934. She went on to Northwestern University, Evanston, IL where she received her B.S. degree in 1938. She married John G. Strange in 1939. He preceded her in death in 1992.

During World War II and the Korean War, Mrs. Strange worked with the American Red Cross in organizing a blood donor program in Appleton as well as participating in other Red Cross activities. She also worked for the Ninth Naval District in recruiting women for the WAVES during World War II. She actively supported Appleton Medical Center
and was one of the original members of their Auxiliary. She was active in Girl Scouts and community work and also had a deep interest in historical projects and genealogy. This culminated in writing one book about her Irish ancestry and co-authoring another about her husband‚Äôs family. She also was a member of the Hearthstone‚Äôs Research Committee and had been searching for descendants of the Rogers family who had built this historic home. It was of special interest to her for Henry J. Rogers was the Manager and Vice President of the Appleton Pulp and Paper Co that was founded by the Van Nortwick family.

A special hobby that Mrs. Strange shared with her daughter Mary was in establishing a breeding kennel for exhibiting and enjoying the ownership of Golden Retrievers. During forty years or more of this pursuit the Stranges completed titles in show and obedience. She was especially proud of the recent Outstanding Sire title earned by one of their
champion dogs. Memorials may be directed to the Nature Conservancy 633 West Main St. Madison, WI 53703 and the Morris Animal Foundation 45 Inverness Drive, Englewood, Colorado 80112.

A Memorial Service will be held on Tuesday, October 22, 2002 with Father Patrick Twomey officiating at 10:00 AM at All Saints Episcopal Church (400 East College Ave.). The family will receive friends one hour prior to the service also at church. Following the service at church a reception will be held at Riverview Country Club.