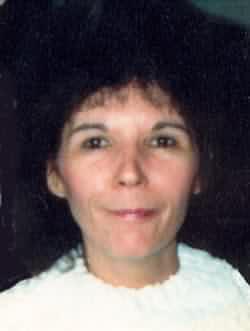 Age 57, passed away at her home after a short illness on April 3, 2003. She was born in New London on January 2, 1946, daughter of the late Eugene and Kathryn (Thorp) Suprise. Mary attended Bear Creek High School graduating in 1964 as class valedictorian. In 1981 Mary married Howard Olevsky in Oshkosh. He preceded her in death in 1988. Mary worked for Jewelers Mutual Insurance for many years until 1986 when she and Howard moved to New Jersey. Mary worked for Calvin Miller Insurance in New York City for seven years. She loved working and living in the New York City area. In 1993, Mary moved back to Wisconsin and worked for American Express where she will be greatly missed. She knew many at work by name and many considered her their second mother. In fact, she was liked by everyone who met her. She would do anything for anyone. She will be missed for her great cooking, especially during the holidays.

Mary is preceded in death by her husband Howard, both parents, and two brothers: Wayne and Jay Suprise.

The funeral liturgy will be at 11:00 a.m. on Monday, April 7, 2003, at ST MARY CATHOLIC CHURCH, 212 Appleton Street, Menasha, with Fr. Robert Lussier officiating. Friends will be received at the WICHMANN FUNERAL HOME on Sunday, April 6, from 4:00 p.m. until 8:00 p.m. and at church on Monday from 10:00 a.m. until the time of the service. Entombment will be at St. Joseph Cemetery, Appleton.

The family would like to extend a special thank you to Dr. Gremminger and the staff at Theda Clark Hospital, the nurses and hospice staff at Theda Care at Home, and Dr. Osbourne and her associates at Froederdt Hospital in Milwaukee.