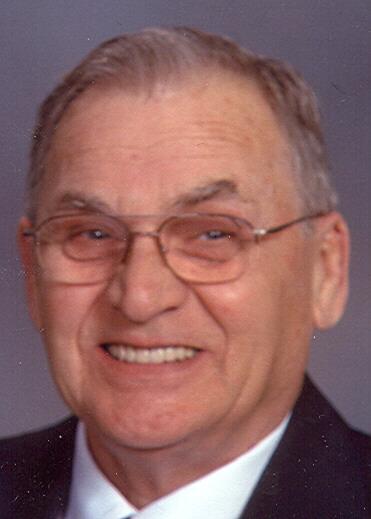 Marvin W. Wyman, died unexpectedly Friday evening, February 25, 2005. He was born May 15, 1933, to the late Clyde and Mildred (Braatz) Wyman, in Oshkosh and had been an Appleton resident for over 50 years. Marve served with the U. S. Army during the Korean Conflict, as an Army Battalion Personnel Sergeant, in New Jersey, where his daughter Debra was born. He had been employed by American Can Corporation for many years. Marve enjoyed computers, the Packers and having lunch with his gang, at the Golden Basket daily. He was a former member of the American Legion and he was involved with Citizen Band Radios. He is survived by his wife, Kathleen R. ‚ÄúKitty‚Äù (Eichinger) Wyman, to whom he had been married for 30 years; three children, Debra (Walter) Blank, Germany; Randy (Amy) Wyman, Appleton; Ron (Lorelei) Wyman, Little Chute; four step-children, Ron (Sue) Kahler, Appleton; Steve (May) Kahler, Neenah; Mike (Michele) Kahler, Waukesha; Tom (Debbie) Kahler, Menasha; 11 grandchildren, Christian Blank, Gary (Nicole) Wyman, Anthony Wyman, Tati Wyman, Karleen Wyman, Alex Wyman, Nicholas Kahler, Terri Kahler, Elizabeth Kahler, Christopher Kahler, Johnathan Kahler; two great grandchildren, Carson and Ava Wyman. He is further survived by three sisters, Dora Heltemes, Neenah; Nona (Willy) Lemke, Colorado; Sandy (Lefty) Krause, Greenville; his brothers and sisters-in-law, Rosemary (Glenn) Huss, Mary Eichinger, Dick Eichinger, Henry Eichinger, Dorothy (Jim) McCormick, Barb (Duane) Vanden Broek and Jim (Joyce) Eichinger. He was preceded in death by his brother, Roy Wyman, his sister Joan Ferguson, a brother-in-law, John Eichinger and his mother-in-law, Mary Eichinger. The funeral ceremony for Marve will be held at 6:00 pm. Tuesday, March 1, 2005, at the funeral home, with Reverend Tim Albrecht officiating. Friends may call at the funeral home from 3:00 pm Tuesday until the time of the service. A memorial fund is being established.

This above all, To Thine Own Self Be True, and it must follow, as the night the day, thou canst not then be false to any man. William Shakespeare