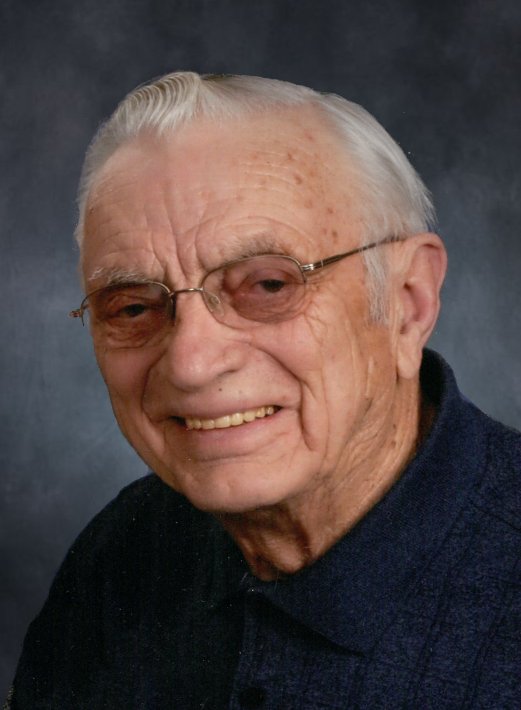 Marvin “Mike” Ernst Dorow, age 92, of Appleton, passed away peacefully with his family by his side on March 6, 2018. Mike was born on December 4, 1925, in Neenah, son of the late Edger and Rose (Meyer) Dorow. After graduating from Hortonville High School, he served in the United States Army. Mike married Charlotte Van Asten on September 12, 1953. He retired from Kimberly Clark after 30 years.

Mike and Charlotte enjoyed Polka dancing and traveling throughout the United States and Canada. Mike stayed active by bowling, walking his dog Buddy and using a push mower to mow ten lawns a week. He was an avid Wisconsin sports fan and E.A.A. enthusiast. Mike was able join his fellow veterans during an Honor Flight last year. He was a deeply faithful man who volunteered at Trinity Lutheran Church for many years.

The funeral service for Mike will take place at 11:00 a.m. on Saturday, March 10. 2018, at CHRIST THE KING CHURCH, 601 S. Washington St., Combined Locks. A time of visitation will be held from 9:00 a.m. until the time of service. Online condolences may be expressed at www.wichmannfargo.com.

Mike’s family would like to thank the critical care team at St. Elizabeth Hospital, the nurses and staff at Oak Park Memory Care and Ascension Hospice for their excellent care.