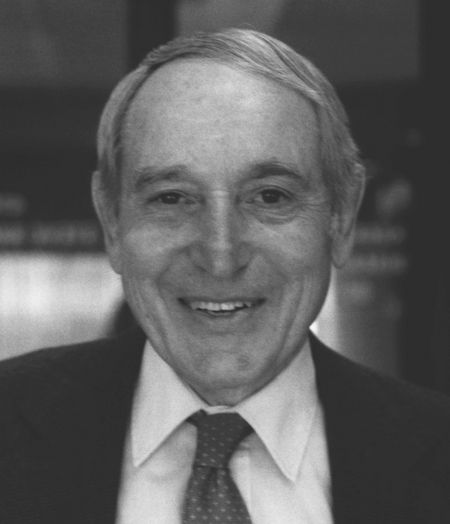 MARVIN STANLEY KAGEN, M.D.
April 11, 1918 – November 23, 2012
Marv Kagen, M.D. always reassured his family he would live forever; he had the right idea, living 94 years from April 11, 1918 until November 23, 2012.
Marv's childhood was spent in the back room of his family's Kagen Drug Store during the Great Depression in Chicago, Illinois. When he could see over the counter, he went to work greeting customers with his life-long trademark: “Glad to see you. How may I help you?”

Marv was always agreeable and kind, believing the customer was always right. He also had a great sense of humor, formed in his youth by watching comedy shows from orchestra pits in Chicago theaters.

Dr. Kagen attended the University of Illinois in Champaign, Illinois and the University of Illinois Medical School where he earned his Medical Degree at the age of 22. During World War II, he served as a physician in the U.S. Coast Guard and afterwards, he returned to Chicago to study Dermatology. Marv met and married registered nurse Virginia Johnson in 1947, and moved to Appleton, Wisconsin in 1948, where his son Charlie joined Marv in the Kagen Dermatology Clinic in 1984.

Dr. Kagen loved serving people and was a founding member of the Wisconsin Dermatological Society. He was also active in the American Academy of Dermatology.

Marv was a stand-up guy, organizing people for civil rights beginning in the 1940s. When ordered by his superior officer to flunk all “colored” candidates for the Merchant Marine and Coast Guard, he responded, “I will not do that.” Several days later, Dr. Kagen was sent to sea on the USS Calloway. Later, in the 1960s, Marv and his family marched with Martin Luther King, Jr. in Chicago promoting Peace and Civil Rights for all.

Marv Kagen helped found the Democratic Party of Wisconsin with his friends Gaylord Nelson and Bill Proxmire, commenting, “I may be well-off, but I have never been rich enough to be a Republican.”

Dr. Kagen was opposed to making war, and in 1966 he ran for Congress against our involvement in Vietnam, saying later that it was the greatest challenge he had ever taken on. Kagen was also a champion of our environment, as Appleton Health Commissioner he was the first to ban indiscriminate use of DDT in 1959.
Marv married trial attorney Mary Lou Robinson in 1974, and together they served the needs of their community on issues of social justice, conservation and community health for four decades.

In 1992, Marv and his son, Steve Kagen, M.D., began their campaign to guarantee access to health care for everyone. They sought to make health care a Civil Right by outlawing the once common insurance company practice of discriminating against patients with pre-existing medical conditions – and after 18 years of effort, they succeeded with the passage of our nation's new health care law in 2010.

When asked what he enjoyed most in life, Marv Kagen said, “That's easy. Everyday in my office I'd see the richest and the poorest people in town, and I'd give them all the same treatment at the same price. Nothing beats making people feel better.”

Dr. Marv Kagen was so loving and kind to everyone; he was always reassuringly positive to his family, his friends and his patients. He told his children he had a sign on his forehead that read, “You can handle it.”

Marv loved helping people, and his loving phrase lives on in our minds: “Be kind to yourself, and if you force anything force a smile.”

Marv was preceded in death by his parents Abraham and Fanny Berger Kagen; his brothers, Leonard A. Kagen, M.D. and Irving N. Kagen, M.D.

The Kagen family extends their sincerest gratitude to the professional staff at Heartwood Homes Senior Living, his physician, Michael Johnson, M.D. and AseraCare Hospice for the loving care they provided.

Because of Marv Kagen's passion for life-long learning, the family asks friends to donate their time and money to area public schools.