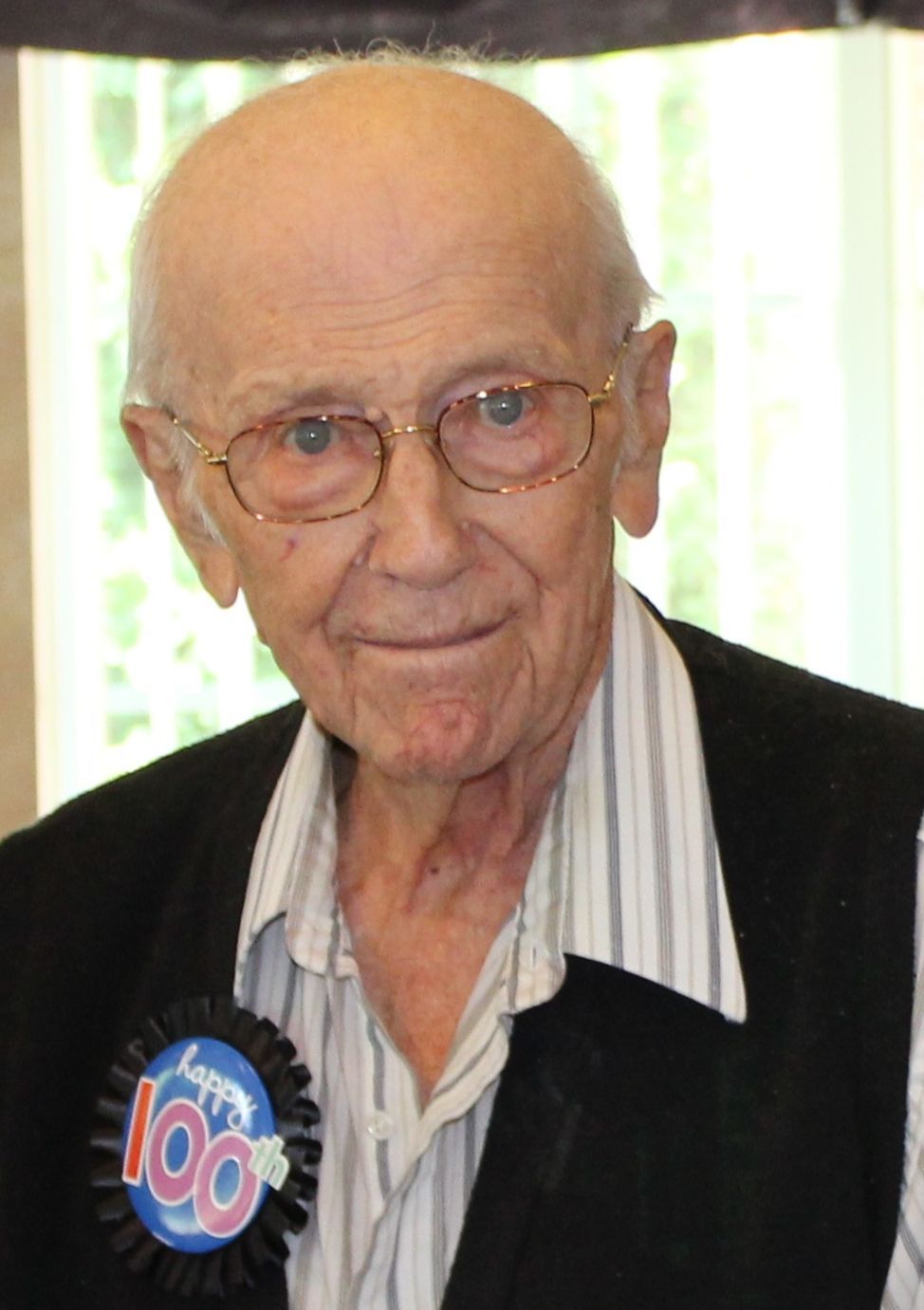 Martin “Marty” Robert Wudtke, of Kimberly, passed away peacefully at his home at the age of 100. Martin was born in the town of Pulcifer on July 21, 1915, son of the late Paul and Lydia (Mayer) Wudtke. He was a 1933 graduate of Oconto Falls High School. On July 22, 1936, Martin married Elsie Behnke. They would share 56 years of marriage until her passing in 1992.

Early in Marty's career, he had a passion for floral design and worked within a floral shop in the Milwaukee area. He then completed courses to grow his interest in welding, which led to a position at Green Bay Structural Steel Company. Marty was also a Shop Superintendent, in charge of fabrication and welding, at the Allis-Chalmers plant in Appleton. During that time, he became a part-time Welding Instructor at the Appleton Vocational School, which is now part of the Fox Valley Technical Institute. He also worked as a Shop Superintendent for two years with the Renner Manufacturing Company of Butler, near Milwaukee. In addition, he opened his own welding business in Kaukauna. To add to this impressive list, Marty also worked as a Shipbuilder during the WWII years, from 1939 – 1949.

Marty was an avid greyhound racing fan and enjoyed watching the Green Bay Packers and Milwaukee Brewers. He was blessed with the gift of music and played the accordion, keyboard and drums in his band “Marty and Friends.” Marty enjoyed the outdoors and being in his vegetable garden. He especially enjoyed fishing, hunting, gardening and playing cribbage with his good friend Don Fischer and Don's wife, Delores, who made him many special meals. Above all, Marty cherished the time he spent with his family.

Marty is survived by his daughters: Bonita Mae (David) Wick of South Milwaukee and Donna Lee (Robert) Melkus of Brookfield. He is further survived by his grandchildren: Carrie (Tony) Demitros of Pewaukee and Ryan Melkus of Madison; his great grandchildren: Abbey and Makenzie; his sister Ethel Pasko of Oconto Falls; sister-in-law Louise Wudtke; as well as many other special friends and relatives. Marty was preceded in death by his parents, his wife Elsie, his brother Walter Wudtke and his friend Don Fischer.

Marty's family would like to thank Sandie Sarnowski from Right At Home, his caregiver that was like a daughter to him. Thank you also to the ThedaCare At Home hospice nurses and his wonderful physicians.

The funeral service for Marty will be held at 1:00 p.m. on Saturday, March 5, 2016 at the JANSEN FARGO FUNERAL HOME, 204 E Kimberly Ave. Kimberly, with Rev. Gary Nokleberg officiating. A time of visitation will be held from 11:00 a.m. until the time of service. Online condolences may be expressed at www.wichmannfargo.com.

In lieu of flowers, a memorial fund will be established in Marty's name.

As we celebrate Marty's 100 years of life…”The song is ended but the melody lingers on.” – Irving Berlin