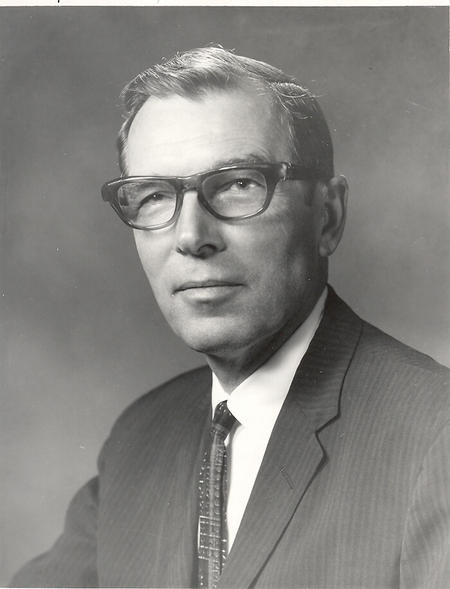 Martin L. Downs of Appleton, Wisconsin passed away at age 98 after a brief
illness on Sunday, March 30, 2008.
Martin was born March 12, 1910 in Reading, Pennsylvania, son of Louis and
Anna (Welte) Downs. He was awarded a scholarship to Penn State and earned his
B.S. in chemical engineering there in 1931. He went on to earn his Ph.D. from
the Institute of Paper Chemistry in 1934.

After a few years in central research with the Mead Corporation in
Chillicothe, Ohio, Martin came to Thilmany Pulp & Paper Company in Kaukauna,
Wisconsin as Chief Chemist in 1937. Later he served as Technical Director, then Vice President for Research and Development, and member of the Board of
Directors and the Executive Committee.

Martin served in various offices of the Lake States Section of the Technical
Association of the Pulp & Paper Industry (TAPPI), and on the Executive Committee of the National TAPPI organization. He was designated a Lifetime Fellow of TAPPI for service to the paper industry, and was also a life member of the American Chemical Society. During World War II, he served on
several committees on overseas packaging for the military. Patents he developed
include those for protective wrappings and for thermo-form board.

In 1939 Martin married Anita Krahn of Oconto Falls, Wisconsin. They had two
daughters, Stephanie Downs Hughes, of Naperville, Illinois, and Kathleen Krahn
Downs, of Ladysmith, British Columbia, Canada. After Anita's death, he married
Mary Lummerding, of Kaukauna, in 1969. Martin and his wife were founding donors to the Community Foundation for the Fox Valley Region.

Martin was preceded in death by his parents, first wife Anita, and brothers
Robert and George. Inurnment will be in Appleton Highland Memorial Park.

A brief memorial service will be held on Wednesday, April 2, 2008 at 10:30 a.m. in Peabody Hall at 2600 Heritage Woods Drive in Appleton. In lieu of flowers, memorials may be given to the Community Foundation for the Fox Valley Region, 4455 W. Lawrence St., Appleton WI 54912.

The family wishes to thank the entire staff at Cherry Meadows for the outstanding care and compassion given to Martin and appreciates the support of staff and many friends at the Heritage.