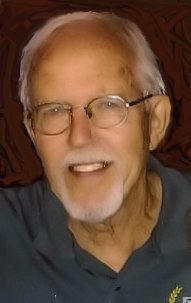 Marshall J. “Andy” Anderson, 74 years, passed away peacefully on February 1, 2017 in Oshkosh, Wisconsin. He was born on October 7, 1942 to his parents Marvin T. and Anita M. (Anderson) Anderson in Neenah, Wisconsin. He was a graduate of Neenah High School Class of 1961. Shortly after high school he enlisted in the USMC serving with the Marine Corps for three years.

Marshall was a press operator in many states, notably in Wisconsin, California, and New Hampshire. He was a knowledgeable landscaper who loved to get his fingers dirty helping family and friends improving their land. He also worked on improving the landscaping at his apartment complex and Resthaven Cemetery. As a devoted fan, who loved his Packers, he even endured the cold temperatures of the “Ice Bowl”. Marshall enjoyed time with his family and friends playing cribbage, showing them his various collections, and flashing his contagious smile.

A memorial fund in Marshall's name for the Children's Hospital will be established.

Marshall's family would like to extend a special thank you to all of those involved in his care, especially the staff of Park View Health Center.

“As you pass by remember that as you are so once was I and as I am you soon will be, Remember me.”