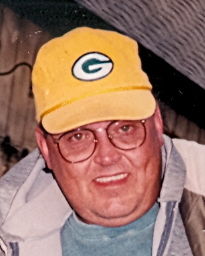 Mark W. Dreger, age 59, of Kaukauna, passed away on Saturday, March 16, 2013, at his home. He was born on September 19, 1953, in Kaukauna to the late Myron and Mary Ann Dreger, and he was a graduate of Kaukauna High School in 1972. Mark proudly served his country in the Army and worked as a truck driver for many years. He was an avid sportsman and had a passion for the outdoors. He had greatly enjoyed his retirement and loved to spend his days fishing. Mark was a joy to be around, and he will be dearly missed.

A memorial service for Mark will be held at 5:00 p.m. on Friday, March 22, 2013, at the FARGO FUNERAL HOME, 400 W. Wisconsin Avenue, Kaukauna, with Rev. Tim Albrecht officiating. Hours of visitation will be held at the funeral home from 2:00 p.m. until the time of service. In lieu of flowers, a memorial fund has been established in Mark's name.