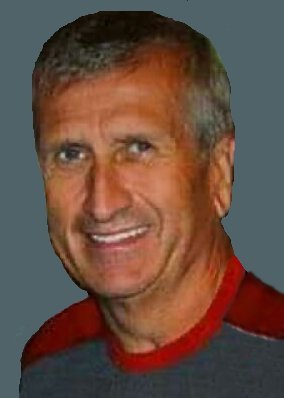 Mark “Spike” Werner, age 58, of Appleton, passed away unexpectedly at his home on August 29, 2015. Mark was born on October 10, 1956, son of the late Roy and Arlene (Stojakovic) Werner. He was a proud 1975 graduate of Appleton East and shortly after graduation he began his 30 year career at Riverside Paper. Mark also worked at Yachtworks in Sister Bay. It wasn't until a little later in life where he found his true passion of running.

Mark was the operations manager and race director for many races including; Women's run at St. Elizabeth Hospital, Plexus, Cheesehead, Santa Scamper, Midwest Sporting Events and DuTriRun, Run Away Events and was co-director of the Fox Cities 5k. He loved helping people achieve their running goals. He was also a dependable and true friend who helped out when even needed whether it was picking a child up from school or helping with a garage sale. Mark enjoyed running and biking as well as spending time with friends and family, having something penciled in most days of the week. Mark also loved to travel and cheer on the Badgers. Even as busy as he was, he never missed an episode of the Daily Show with Jon Stewart. Mark will be dearly missed by many, many people, especially his running community.

Mark is survived by his partner Rhonda Kempen; his brother: Chuck (Nicki) Werner; his sister-in-law: Rosie Werner; his nephews: John Paul, Kevin and Christopher; and a special niece Barbie. He is further survived by his God mother Gladys Stojakovic and close friends Ross McDowell and Dave Moore. He will always be remembered by his aunts, uncles, other relatives and friend. He was preceded in death by his parents and his brothers: Steve and Bruce.

The funeral service for Mark will be held at 4:00 pm on Wednesday, September 9, 2015, at the WICHMANN FUNERAL HOME DOWNTOWN CHAPEL, 537 N Superior St. Appleton. A time of visitation will be held on TUESDAY, September 8, 2015 from 4:00 p.m until 6:00 p.m. at the funeral home and again on WEDNESDAY, September 9, 2015 from 2:00 p.m. until the time of service. Online condolences may be expressed at www.wichmannfargo.com.

Mark's family and friends would like to thank the Appleton Police Department and Lt. Steve Diedrich, for their kindness and help during this difficult time.