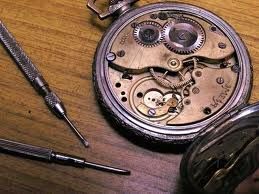 Mark Witzke, age 52 of Appleton, passed away unexpectedly at his home on Thursday evening, December 20, 2012. Mark was born in Appleton on December 31, 1959, son of the late James Witzke and Lois (Knutson) Witzke who survives. Mark was a graduate of Appleton West High School, and also enrolled in Watchmaking School in St. Paul, Minnesota. On April 28, 1984, he married the former LaVonne Handschke ‚Äì she survives. For many years, he worked alongside his dad, Jim Witzke, at Knight's Jewelers in Appleton. Eventually, Mark took the business over from his dad and operated on his own for a lengthy time. Mark loved Lake Superior and dreamed of retiring on its shores one day. He enjoyed dinner out on Saturday nights and also loved art ‚Äì he was well known for creating his own beautiful, one-of-a-kind pieces. He traveled all over Wisconsin and showed his jewelry-work at art shows and art fairs.

A memorial service for Mark will be held at 7:00 PM on Thursday, December 27, 2012 at the Wichmann Funeral Home, 537 N. Superior Street in Appleton. Rev. Dennis Ellisen will officiate. Friends may call at the funeral home on Thursday afternoon from 5:00 PM until the time of the service. Online condolences can be expressed at www.wichmannfargo.com.

Mark will be remembered by his family for being the best husband and father anyone could ask for. He was a quiet man who really had no need for material things – his loved ones were his world.