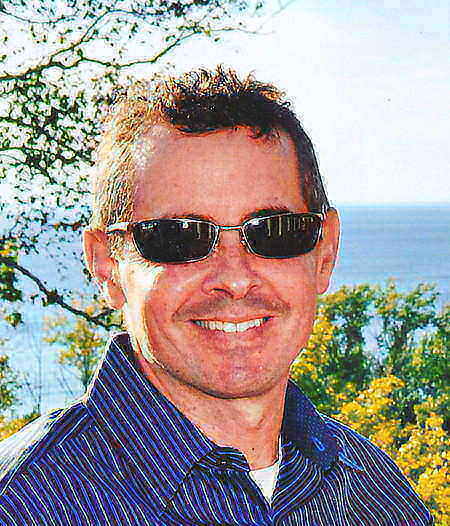 Mark Joseph Chelsky M.D. loving husband to Kathryn (Keenan) Chelsky and amazing dad to Christi, Connor, Riley and Jack went to his eternal life after a nine year battle with multiple myeloma on Tuesday July 24, 2012, surrounded by his loving family.

Mark was born November 30, 1962 to Thomas and Patricia Chelsky in Saginaw, Michigan, where he attended and graduated from St. Stephen's High School in 1980. He attended the University of Notre Dame graduating in 1984 alongside many very special friends who remain to this day. He also attended and graduated from Loyola Stritch medical school followed by a residency in urology at Temple University in Philadelphia, Pennsylvania. Mark married the St. Mary's girl of his dreams on June 27th 1987, and they were blessed with twenty five years of marriage and four beautiful children.

Mark and Katie made Appleton their home beginning in 1994 when he joined Valley Urologic Associates. Mark was a beloved urologist respected by his patients, colleagues and peers for his unwavering dedication to medicine and his sharp wit.

Mark enjoyed spending time during the summer at Glen Lake in Michigan where he had been vacationing since he was a boy. He also enjoyed bike rides with his friends and his sister and his well-organized boys golf trips have become infamous. He and the family hold a special place in their hearts for the University of Notre Dame football and the family and friends that gathered there. Mark was a voracious reader and loved sharing and discussing good books. Mark loved spending time with Katie and the kids in Door County and watching the kids blossom into beautiful young adults and also found solace in his strong Catholic faith.

Mark is survived by his loving wife: Katie, and their children Christi, Connor, Riley, and Jack. He is further survived by his mother Patricia of Michigan and his two sisters: Dr. Mary Pat Chelsky of Michigan and Julie M. (Harry) Matternas of Iowa. He is also survived by Katie's family: her parents Robert and Nance Keenan of Appleton, and her siblings Robert (Phyllis) Keenan of Chicago, Richard (Kathy) Keenan of San Francisco, Mary Ellen (Jim) Ambrose of Portland, Oregon, Nancy (Tom) Gerson of Connecticut, and Brian (Sue) Keenan of Chicago. There are also several nieces and nephews, other relatives, and many friends. Mark was preceded in death by his father Thomas S. Chelsky.

The mass of Christian burial will take place at 7:00 PM on Thursday July 26, 2012 at St. Mary Catholic Church, 312 S. State Street in Appleton, with Fr. James Leary officiating. Interment will be in the parish cemetery. A rosary will be said Thursday afternoon at 3:30 and visitation will be held from 4:00 PM until the time of the mass at 7:00 PM. In lieu of flowers a memorial scholarship fund is being established for a future University of Notre Dame student. Online condolences may be offered at www.wichmannfargo.com

The family would like to thank the medical community and the Multiple Myeloma Research Foundation for their support, compassion and hope. Katie and the family would also like to express their gratitude and love to all who have held vigil and have served as guardian angels throughout the years. Your prayerful support has been an unending source of strength and comfort during our difficult journey.