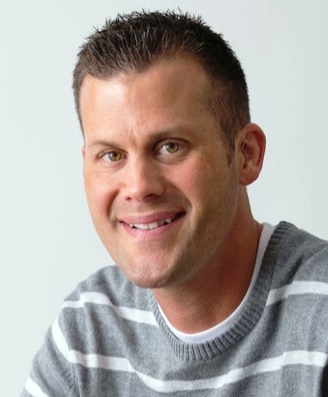 Mark Edward Skinkis, age 38, of Kaukauna, passed away on Saturday, December 15, 2018 at Unity Hospice in De Pere surrounded by his family, after a courageous battle with cancer. Mark was born on February 14, 1980 to Larry and Jane (Ciesielczyk) Skinkis at St. Mary’s Hospital, Green Bay. After graduating from Seymour High School in 1998, Mark went on to further his education at UW-Fox Valley. He then went on to have numerous jobs that all included meeting new people. His favorite jobs were delivering beer for General Beer Northeast, and at the time of his death, he was employed by Cintas Uniform Services in Greenville, where he was known as an all around great “Guy”. He married the love of his life, Rachel Schlimm, at St. Therese Catholic Church, Appleton, on August 10, 2007 and together they had 1 beautiful daughter.

In his spare time Mark enjoyed playing golf, watching sports, and anything to do with the Wisconsin Badgers. Most of all he loved spending time with his wife and daughter. Mark will be remembered as a caring husband, father, friend, Badger fan and a fighter.

A Visitation will be held for Mark from 3-7 PM on Wednesday, December 26 at Wichmann Funeral Home, 537 North Superior Street, Appleton, WI 54911, with a Vigil Service at 7 PM. A Funeral Mass will be celebrated for Mark at 11 AM on Thursday, December 27, at St. John Nepomucene Catholic Church, 323 Pine St., Little Chute, WI 54140 by Fr. Ron Belitz. Family and friends may visit at the church from 9 AM until the time of mass. Inurnment will be at a later date at St. Joseph Cemetery, Appleton.

Mark’s family would like to extend a special thank you to his specialists at IU Health Simon Cancer Center and Froedtert & the Medical College of Wisconsin Clinical Cancer Center, especially Dr. Kathryn Bylow for her kindness, comfort, and empathy during this journey. They would also like to thank his care team at Unity Hospice in De Pere for comforting him and his family during his final days.

I lieu of flowers, please make a donation to the Skinkis Family Benefit. Please leave a special memory or condolences for Mark's family below.