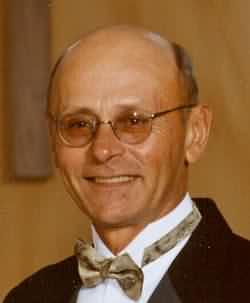 Mark graduated from Fox Valley Lutheran High School in 1966 and received an auto mechanics degree from Appleton Technical School in 1968. He was drafted into the military in 1968 where he served as a sergeant for 3 years. He participated in the Vietnam War followed by a post at Fort Carson, Colorado. He received a degree from El Paso Community College in Auto Body Repair. Mark returned to Wisconsin in 1971 where he most recently managed his own home improvement business.

Mark was an outdoor enthusiast who enjoyed snowmobiling, hunting, fishing, camping, gardening, and spending time with his dog Jake. His talent and creativity are displayed in the many projects he completed and will hold a lasting legacy.

Mark was preceded in death by his father, Martin F. Beyer.

The visitation will be held at 4:00 PM, Friday, May 2nd, 2003 followed by a 6:00 PM Funeral Service at Wichmann Funeral Home, Tri-County Chapel.

In lieu of flowers, the family asks that donations be sent to Michelle Charapata at 1212 E. Keystone Lane, Appleton, WI 54913. A memorial will be established through the Trees for the Living Program in Neenah.