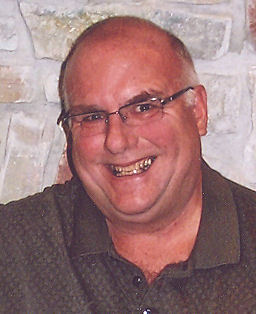 On August 29, 1992 he was united in marriage to Barbara Sonnleitner. Mark attended the University of Phoenix and received his BS in Business, Project Management and then received a Master's of Science in Engineering from UW Platteville. He retired from Sara Lee in August 2014 after 38 years. Mark was a member of the Fox Valley Region Porsche Club of America, where he served as Newsletter Editor for six years. He won several awards for the Fox Valley Region newsletter “Whaletales” in the PCA national newsletter. Mark enjoyed his land and planted over 4000 trees with family and friends. He also enjoyed his BMW motorcycle and his Porsche. Most of all he enjoyed spending time with his wife Barb and together they shared many special memories.

Mark was preceded in death by his father Robert, his mother-in-law and father-in-law Eunice and Lawrence Sonnleitner.

The funeral service for Mark will be held on Tuesday, March 1, 2016 at 7:00 PM at the WICHMANN FUNERAL HOME, 537 N. Superior St With Deacon Maury Reed officiating. A time of visitation will be held on Tuesday from 4:00 PM until the time of the service at the funeral home. Online condolences may be expressed at www.wichmannfargo.com. The family would like to express their sincere thanks to Tony and Deb Sonnleitner for their help at this difficult time.