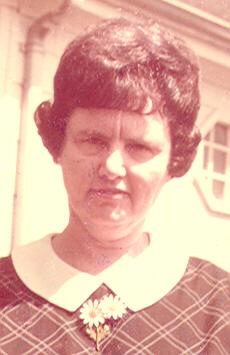 Age 87, passed away at Appleton Medical Center on Monday, August 6, 2007. She was born in Appleton on April 30, 1920 the daughter of the late Raymond and Edna (Saiberlich) Krueger. On October 18, 1952 she married Amond ‚ÄúRalph‚Äù Ballinger in Appleton. Marge graduated from Appleton High School in 1938, later graduating from Bowlbys Business College. She was employed Lutz Ice Company as a secretary. Marge was then employed with the Fox River Tractor Company in 1940, retiring after 30 years of service. She was a member of First United Methodist Church since 1937. Her travels with Ralph brought her to many places including many U.S. cities, Mississippi, Alaska, Canada and England. Marge enjoyed playing solitaire, solving crossword puzzles, and playing Skippo with Ralph.

Marge is survived by her loving husband of 54 years, Ralph; sister-in-law, Martha (Bill) Nicastro of Brookfield, OH; and a cousin; Arleen Solberg of Appleton. She is further survived by many dear friends. Marge is preceded in death by a brother; Kenneth (Helen) Krueger.

The funeral service will be at 11:00 a.m. on Friday, August 10, 2007 at FIRST UNITED METHODIST CHURCH, 325 E. Franklin St, Appleton, with Rev. Doyle Blanton officiating. Friends will be received at the church on Friday from 10:00 a.m. until the time of the service. The burial will be in Appleton Highland Memorial Park.

In lieu of flowers, a memorial fund in Marge‚Äôs name is being established for First United Methodist Church, Appleton.