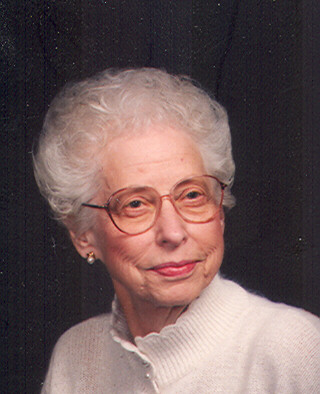 Marjorie began her teaching career at Cannibal Island School in Waushara County, then taught at Adams Friendship High School from 1939-1942 where she started the Sandbur Yearbook and met her husband to be. She was a Latin teacher at Rhinelander High School from 1962 to 1987, and accompanied her students to Italy 6 times.

She and her husband left their home in West Allis where they had lived from 1946 to 1955 to become the owners of Feases' Shady Rest Lodge on Manson Lake. Following the death of her husband in 1980 the resort was purchased by her son John and his wife Barbara. Marj continued to live on the premises until October 1997 when she moved to Rhinelander. Her final move was made in 2005 when she relocated to Appleton, WI.
She was a member of the First Congregational United Church of Christ of Rhinelander, where she served as vice moderator, moderator, and financial secretary. She was a member of many committees and boards. Marj loved to travel and attended Elder Hostels around the United States as well as visiting Europe after her retirement from teaching.

A Funeral Service for Marjorie will be held at 4:00 p.m. Tuesday, July 7, 2009 at APPLETON COMMUNITY EVENGELICAL FREE CHURCH OF AMERICA, 2490 W. Capitol Drive, Appleton. Rev. John G. Hartenberger will officiate. A time of visitation and support will be held at the church on Tuesday from 2:00 p.m. until the time of service.

There will be a service of celebration of her life in Rhinelander on Thursday, August 20, 2009. Specific information will be published prior to the service.

Memorials may be directed to the Robert and Marjorie Fease Memorial Fund.

Marjorie's family would like to extend a heartfelt thank you to the staff and caregivers at Grand Horizons for all their wonderful care and support.