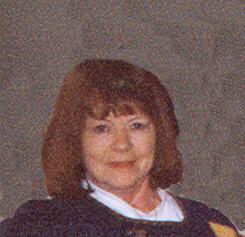 Marjorie Lucille Gritzmacher nee Tellock, age 67, of Appleton passed away on Monday September 13, 2010 at the home of her daughter RaDeena Sinclair surrounded by her loving family, after a courageous battle with cancer.

Margie‚Äôs generous and loving nature will be so missed. She enjoyed social activities, her years as a hostess at the Machine Shed, and folk and blue grass music festivals. She was a great social organizer and cook with the best recipes, a fun travel companion, a quilter with a great eye for color who left many heirloom quilts, and most of all the best mom, grandma, sister, aunt and friend.
Marge is survived by her children: Kim Kriescher, RaDeena (Steve) Sinclair and Mike Kriescher, all of Appleton. She leaves two grandchildren; Tony Kriescher and Joe Sinclair, and two great-grandchildren; Elwood and Tegan Kriescher. She is further survived by four brothers; Glen (Inez) Tellock, Gerald (Sue) Tellock, Ray (Jeanie) Tellock, all of Clintonville and Lee (Wanda) Tellock of Embarrass. She also leaves two sisters; Ramona (Larry) Danke of Clintonville and Lorie Nienke of Stevens Point. Marge was preceded in death by her husbands, Michael and Robert, an infant son Kurt, her parents, two brothers and two sisters.

As per Marge‚Äôs request there will be only a private memorial service for her family at a later time in Clintonville. The family would like to thank Theda Care at home hospice for all the wonderful care given to Marge. A memorial fund has been established in her name.