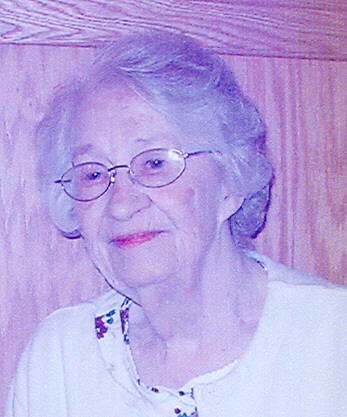 Marjorie Ann Laux, age 87, passed away on Thursday, March 4, 2010 at her home in Tustin, WI. She was born on September 22, 1922; daughter of the late Howard and Martha (Miske) Kettleson. Margie was married for 48 years to Jack Laux until he preceded her in death in 1990. Margie was the center of her family, everyone called her “ma”. She enjoyed shopping, boating and listening to country music, but most of all she loved caring for all her grandchildren. Beloved mother and grandmother, her life was always about her family, she will be deeply missed by her daughter, Jacqueline (Rick) Wendt and her children, Jamie (Ana) Eick, Nancy (Rich) Krause and Jack (Amy) Eick, daughter, Catherine (James) Boyson and their children, Joyce (Paul) Jorgensen and Tara (Shannon) McPeak, daughter, Nancy (Robert) Grishaber and their children Joe Grishaber and Sara Blessing, daughter, Linda (Glenn) Gruett and her children, John (Lara) Schrei and Dan Schrei, daughter, Suzi (Michael) Rank and their children, Jess (Tracy) Rank and William (Spring) Rank, son, Steve (Lynn) Laux and their children, Charlie (Angie) Toney and Billy Laux, and son, Robert Laux. She is also survived by her great-grandchildren, Nick, Alyssa Krause, Christopher Eick, Jacklyn Jorgensen, Michael and Catherine McPeak, Abygail and Bobby Blessing, Emma Jane Schrei, Emily and Katelyn Rank, Michael and Nathan Rank and Sydney and Alexia Toney, her great-great-granddaughter Rosie Jo, brothers, William (Leatha) Kettleson and Jack (Marilyn) Kettleson, sisters-in-law, Rosie Kettleson and Julianna Verhoven and by many nieces and nephews. Margie was preceded in death by her parents, her husband, Jack, son, Billy, granddaughter, Gabrielle, brother, Robert Kettleson and sister, Betty Koss. A funeral liturgy for Margie will be held on Monday, March 8, 2010 at 5:00 p.m. at ST. THOMAS MORE CATHOLIC CHURCH, 1810 N. McDonald St., Appleton with Fr. Gerald R. Falk officiating. Family and friends may visit at the church on Monday from 3:00 p.m. until the time of the mass. Entombment will take place in St. Joseph Cemetery, Appleton. A memorial fund is being established in her name.

A special thank you to Margie's granddaughters, Joyce and Tara and their families for their time, care and devotion.
Wichmann Funeral Home
537 N. Superior St.
Appleton (920)739-1231