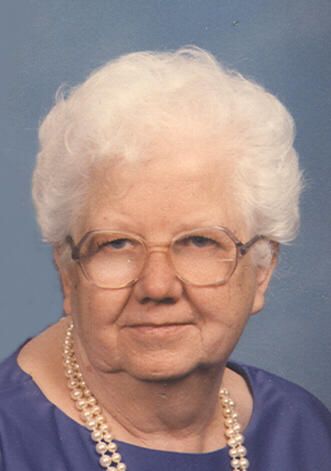 Marion Leona Kuzenski, age 91, of Little Chute, passed away at Peabody Manor on Tuesday, March 8, 2011. Marion was born on May 21, 1919, in Oshkosh, to the late Edward E. and Agnes (Weber) Schuessler. She married Archie Kuzenski on September 23, 1939; he preceded her in death in 2002. Marion was a loving wife, mother, grandmother and great grandmother. She was a member of the Craft Club, the Homemakers Club, enjoyed knitting, crocheting, card playing, and was an avid Brewers fan. Marion was employed in the credit department at the Spiegel's in Appleton and later at W. A. Close. Survivors include her daughters, Mary Beth McClure, Kimberly; Jane Marie Pingel, Appleton; and Susan Kay (Roy) Kuzenski-Fern, St. Croix, Virgin Islands; her grandchildren, Dawn Elizabeth Duffy, Rosemount, Minnesota; Mark Andrew (Angela) Doering, Appleton; her great grandchildren, August Drew Duffy, Austin Michael Doering, Madysen Paige Doering; and her step-great granddaughter, Grace Reagan Micke; her brothers, Harry A. (Nyna), Oshkosh, and Roy J. (Charlotte) Schuessler, Oshkosh, and her sister, Clara Dorsey, Oshkosh. She was preceded in death by her brothers, George E. Schuessler and Edward Eugene (Marian) Schuessler, Jr. Funeral services will be at 11:00 a.m. on Saturday, March 12, 2011, at FIRST ENGLISH LUTHERAN CHURCH, 326 East North Street, Appleton, with Rev. Jeff Tengesdal officiating. Friends may call directly at the church on Saturday from 9:30 a.m. until the time of services. Interment will be in Highland Memorial Park. A memorial has been established in Marion's name to benefit First English Lutheran Church. The family would like to extend a sincere thank you to the staff of Birch Cottage at Peabody Manor for their loving care.