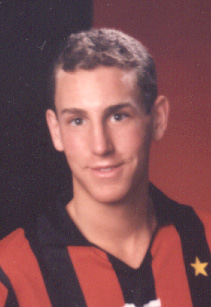 Mario Frassetto, of Tempe, Arizonia, age 33, died unexpectedly near Los Angeles, California as the result of a motorcycle accident. He was born August 31, 1974 in Appleton, the son of Anthony and Sandra (Heidke) Frassetto. Mario attended UW – Whitewater and graduated from Arizonia State University with a major in journalism. He was a free spirit who had an unbridled passion for life. Motorcycles, skateboarding, hockey and writing were the loves of his life. Mario enjoyed the beach and surfing. His accomplishments included on-line writing and publishing articles for BLVD and the American Road Racing Magazine.

The celebration of life for Mario will be held at 12:00 noon on Friday, July 4, 2008 at GOOD SHEPHERD LUTHERAN CHURCH, (2220 E. College Ave., Appleton) with Rev. Timothy Seabaugh officiating. The family will receive friends at the church on Friday from 10:00 am until the time of service. In lieu of flowers, a memorial fund has been established in his name.