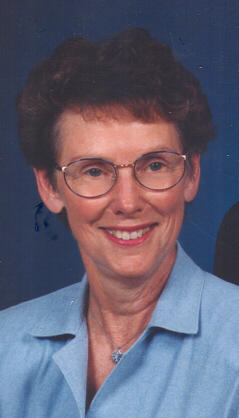 Marilyn Mae Sonnenberg, of Appleton, joined her Savior in heaven on Monday morning, February 28, 2011 while living at Heartwood Homes in Appleton. She died at the age of 78 years.

She was born to Frank and Edna Musbach in Grafton Wisconsin on April 29, 1932 and was baptized in Mount Calvary Lutheran Church in Mequon, Wisconsin. She attended Lutheran grade schools until she attended Wisconsin Lutheran High School in Milwaukee. In 1955 she married Richard Sonnenberg. They made their home in Appleton, Wisconsin where Richard was called to teach at St. Peter's Lutheran School in the Town of Freedom and later at St. Paul's Lutheran School of Appleton.

Before she got married, Marilyn lived with her parents in Wauwatosa where her Father was green's keeper at Bluemound Golf and country club. It was here where she learned to love the game of golf. Over the years she collected many golf trophies. One of them was the Championship of the City of Appleton Women's Tournament in 1965. In her later years she added bicycling to her hobbies. One of the biking highlights was going with her friends on a bike tour in Europe.

Marilyn was preceded in death by her parents and her daughter, Julie. She is survived by her husband, Richard; her son, John (Ursula) Sonnenberg of Encinitas, CA; son Tim, daughter Karen; and three grand children: Sam, Chris, and Emily Sonnenberg, who live in Encinitas, California; two brothers: Frank(Beverly)Musbach, Robert(Shirley) Musbach, and many friends and relatives.

We give thanks to our friends who were so very thoughtful and helpful during Marilyn's illness. We extend a special thank you to the her pastors, to the crew at Heartwood Homes, and to Ruth Neech and Katie Wolskie .