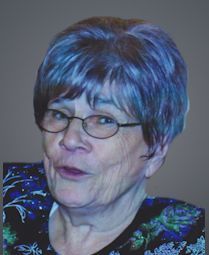 For many years, Marilyn taught second grade religion at St. Paul School in Combined Locks. There she made some wonderful and lifelong friends. She enjoyed crafts such as ceramics and painting, reading, and shopping. In her younger years, the family spent time camping near Minocqua and an occasional visit to a casino, but after Jerry's retirement, the couple began to travel to Florida. One of her fondest memories was her trip to see Clay Aiken's concert – for sure she was a “Clay-mate”! Most of all, she was her grandkids' greatest supporter and biggest fan. She spent countless hours watching them play football, basketball, volleyball, and rugby or admire their ability to wrestle, run cross country, or dance. The grandkids loved it when she was in the audience. Marilyn was very proud of the fact that she got her driver's license at age 50 – no matter she didn't drive much anyway – she was proud to have gotten her license. Her nickname quickly became “Wheels” when she received her license. Each day, she looked forward to coffee and discussion with her dear friend, Alice Ahrens.

The funeral liturgy for Marilyn will be held at 11:00 AM on Friday, December 23, 2016 at ST. PAUL CATHOLIC CHURCH, 410 E. Wallace Street in Combined Locks, with Fr. Andrew Kysely officiating. Family and friends are invited to gather at the church on Friday morning from 9:00 AM until the hour of the service. For more information or to share a memory of Marilyn, please visit www.wichmannfargo.com.

It is so fitting that Marilyn was called home to Jesus at Christmas time. It was her favorite time of year. Marilyn was not shy about gifts for the family. Each Christmas, parents needed to take the kids out for a drive to look at Christmas lights, just to buy grandma enough time to haul the many bags filled with presents downstairs and place them around the tree. She was proud of her Christmas Village, which she set up and lit up each Christmas. When the grandchildren were young, she loved to share the village with them. As the grandchildren got a bit older, they were permitted to help Marilyn set the village up – an event eagerly awaited by all. There's a famous song that includes the words “there's no place like home for the holidays…..” This year, Marilyn really is HOME for the holidays and we will all miss her dearly.