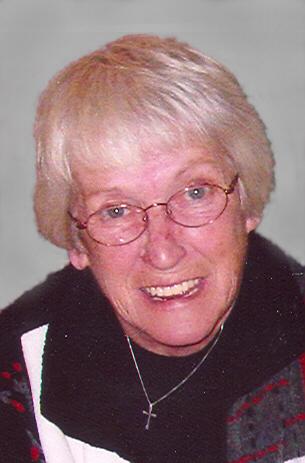 Marilyn Ziegler, age 75, of Menasha, passed away on Thursday, May 5, 2011 at Theda Clark Medical Center. She was born on October 18, 1935 in Appleton, the daughter of the late Thomas and Evelyn (Denstedt) Keating. Marilyn graduated from Appleton High School in 1954. She then held a variety of jobs throughout her life that included: waitress, school bus driver, jail matron, dispatcher and process server for the Outagamie County Sheriff's Department; correctional officer for a women's prison in Los Angeles County; dispatcher for the Orange County, California Sheriff's Department; security for Gimbels in downtown Appleton; food prep for ARA Services at KC's Badger Globe plant in Neenah; and lastly as an apartment manager in Neenah before her retirement in 2009.

Her hobbies included reading, gardening, baking/cooking, and watching the Packers, Brewers and NASCAR. If the Packer game or a NASCAR race was on TV, you were not to disturb her! She also did volunteer work for the Bethesda Thrift Mart in Neenah.

Marilyn lived for her children and her grandchildren. She was always there for them and never missed a birthday, graduation or holiday. She loved her family gatherings and her camera, never missing a chance to capture the fun on film. It was hard finding a picture of her as she was always behind the camera telling you to smile.

Marilyn had many friends because she had a way of making people feel special. Despite the many hard times she had to endure, she never complained. And now, after all of her efforts and hard work, she is at eternal rest in the hands of our Lord.

Mom, you will be missed more than you can imagine.

Our thanks to the nursing staff on the 5th Floor at Theda Clark Medical Center for making her final days and hours comfortable.

The memorial service for Marilyn will be held at 7:00 pm on Tuesday, May 10, 2011 at WICHMANN FUNERAL HOME DOWNTOWN CHAPEL with Rev. Dennis Broehm officiating. Inurnment will take place at Highland Memorial Park. The family will receive friends from 4:00 pm until the time of service. In lieu of flowers, a memorial fund has been established in her name.