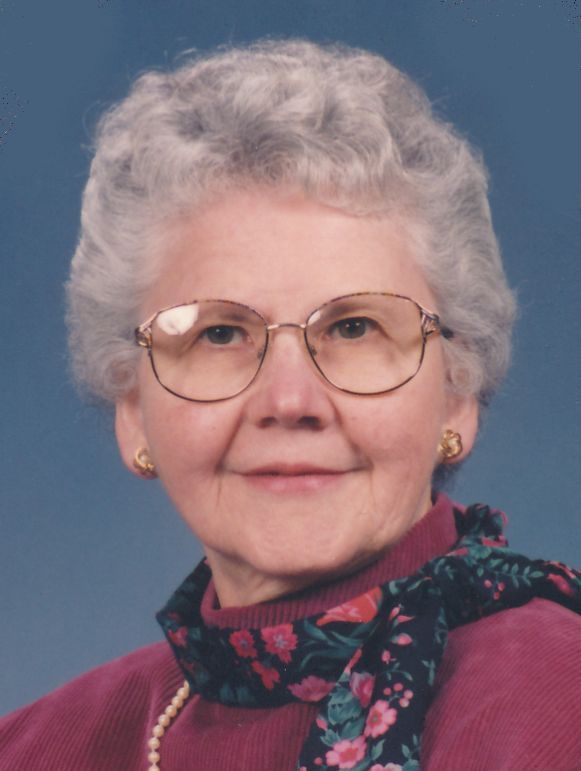 Marilyn Semrau, age 85, passed away peacefully on Tuesday evening, September 8, 2015, at Brookdale Senior Living in Appleton. Marilyn was born in New London on October 13, 1929, daughter of the late Paul and Erna (Kernin) Posselt. She attended high school in both New London and Appleton, and then began working full time at the telephone company. During that time, she also sang in the church choir at St. Matthew Lutheran Church and was a member of Appleton's Chaminade Chorus. After moving to Little Chute and joining Mount Calvary Lutheran, Marilyn volunteered at school and sang in the choir for many years. She also played in the handbell choir there. While raising her family, she enjoyed sewing, quilting, and spending time up north with her family.

For many years she worked at AAL (Thrivent) and retired in 1992. After her retirement, she continued with her volunteer work by delivering Meals on Wheels and working with the Red Cross and St. Elizabeth Hospital Library. Eventually, St. Elizabeth hired her to work in the library. Keeping busy with quilting and volunteering at Mount Calvary, life became more interesting for Marilyn as her grandchildren began to arrive. She was the proud grandmother of six.

Marilyn is survived by her two children: Scott (Lisa) Semrau of Appleton and Cara (Shane) Zipperer of Francis Creek; six loving grandchildren: Tyler and Kayla Semrau, and David, Bernard, Roger, and Jason Zipperer; a sister: Gert Knoke of Appleton; a brother: Ronald (Phyllis) Posselt of Appleton; a brother-in-law: Leonard (Donna) Semrau of Pound, as well as many nieces and nephews. Marilyn was preceded in death by her parents, her husband Wallace in 1982, sisters: Elsie (Walter) Grunwald and Velma (Martin) Melcher; a brother-in-law: Jake Knoke; a nephew and Godson: Derek Posselt, as well as several brothers-in-law and sisters-in-law.

The Christian Funeral Service for Marilyn will be held at 11:30 AM on Saturday, September 12, 2015 at MOUNT CALVARY EV. LUTHERAN CHURCH, N8728 S. Coop Road in Menasha, with Rev. Jesse Johnston officiating. Interment will be in Highland Memorial Park. The family will receive relatives and friends at the church on Saturday morning from 10:30 AM until the time of the services. For more information or to share memories, please visit www.wichmannfargo.com.

The family wishes to thank the wonderful caregivers at Brookdale, as well as everyone at Heartland Hospice. Thanks also to Pastor Johnston for his support and encouragement during this time. We will never forget everyone's kindness.