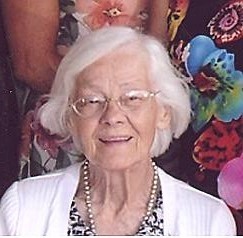 Marilyn C. Brocker, 88 of Appleton, passed away peacefully on September 13, 2014 with her family at her side. She was born on March 22, 1926 in Sheboygan, Wisconsin to Andrew and Teana (Marthenze) Poppe. She was a graduate of Sheboygan Central High School and attended the University of Wisconsin Madison. On August 19, 1950, she married Harold Brocker at the Wesley United Methodist Church in Sheboygan. Faith and family always came first with Marilyn. She was a proud homemaker and a wonderful mother, grandmother and great-grandmother. She was a master seamstress and her upholstery work was the best. She loved cooking and gardening. She was a woman of strong faith who believed in the power of prayer and enjoyed Bible study with her friends. To her family and friends, she was a hard worker and was always willing to help. She loved her visits to the Heart of the Valley YMCA where she walked laps and was an inspiration to others.

She was preceded in death by her parents Andrew and Teana Poppe, her husband Harold, and her sister Margaret (John) Holzwart.

A memorial service in Marilyn's honor will be held on Saturday September 20, 2014 at 1:00 pm at Wichmann Funeral Home, Tri-County Chapel with Rev. Reggie Reinhold officiating. Visitation will be at the funeral home from 11:00 am to 1:00 pm.