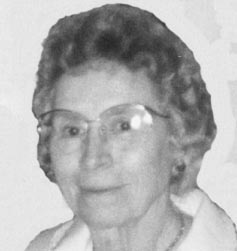 Age 84, passed away Friday, May 28, 2004 at Kindred Hearts in Kaukauna. Marie was born May 13, 1920 in the town of Vandenbroek, daughter of late William and Louise (Williamsen) Schumacher. On May 17, 1941, Marie married Andrew Van Dera in Freedom; he preceded her in death on February 26, 2000. Marie enjoyed reading, knitting, sewing, and the company of her dog Tammy. In her younger years, she enjoyed spending time with her family camping and living up north for a short time.