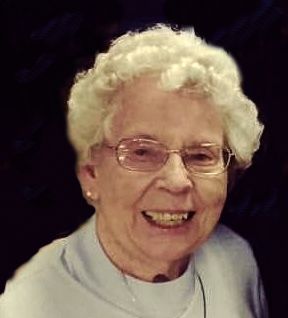 Marie M Kralovec age 87 of Appleton, passed away peacefully surrounded by several of her 10 children, on November 15, 2017. She was born in Union, Door County, WI to the late Anna DeKeyser. Marie married the love of her life, Earl, in 1951 and stayed at home to raise their 10 children until they were all in school. She then went to work as a cook at the Appleton Columbus Club and worked there until she and Earl retired in 1982. During her retirement years she and Earl volunteered for many years, side by side for “Senior Showcase” a public access channel for Time Warner Cable.

In lieu of flowers a memorial fund in Marie’s name has been established.