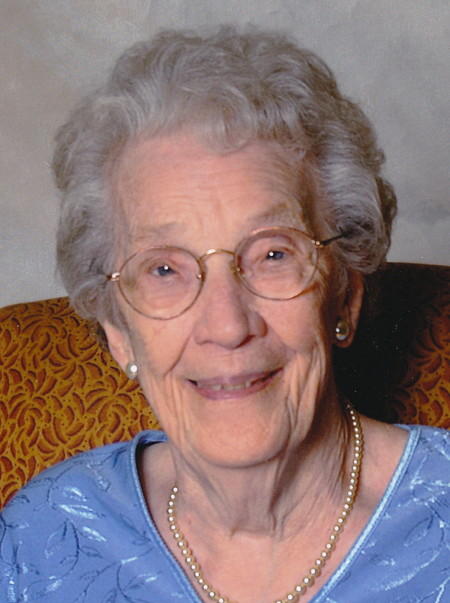 Marie A. Huiting, age 103, of Kimberly passed away peacefully on Friday, July 15, 2011 at St. Paul Home. She was born on May 12, 1908 in Kaukauna to the late Henry and Nellie (Bergman) Bongers. Marie married Joseph Huiting on August 16, 1932 in Little Chute. In 1946 they moved to Reedsville where they owned and operated Huiting Electric until Joe's death on December 6, 1956. After Joe's death, Marie worked as an assistant cook at the Reedsville High School, leaving to care for her father in Little Chute for 10 years. She then worked as a housekeeper at North Shore Golf Club. Marie was a longtime member at St. John Catholic Church in Little Chute. She most recently attended Holy Name Church in Kimberly. Marie was an avid crafter, enjoying knitting, sewing, and crocheting. She crocheted an afghan for each of her grandchildren. Many will remember her for love of playing cards and her stories and jokes. Marie enjoyed spending time with family and friends.

The funeral liturgy for Marie will be held at 11:00 am on Tuesday, July 19, 2011 at HOLY SPIRIT PARISH – KIMBERLY, 400 E. Kimberly Avenue. Fr. David Beaudry will be officiating. Interment will be held at St. Mary Cemetery, Reedsville. The visitation will be held from 9:30 am until the time of mass. In lieu of flowers, a memorial fund has been established in her name.

Marie's family would like to thank the staff at St. Paul Home for the kind, loving care given to their mother.