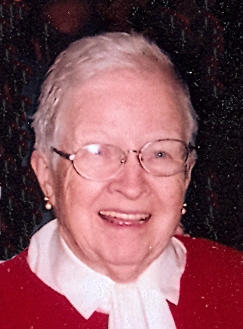 Marian was born on October 31, 1915 to William and Eva (Sedo) Ruwoldt in Black Creek. Marian was a wife and mother, square dancer, business person and gardener. She married Carlton Schneider on May 1, 1937. They shared an interest in ballroom dancing, 20 years of square dancing and gardening. They also planned and worked on roadside prairies, including the cloverleaf project at Hwy 41 and 144, and a project on Hwy 51. Marian designed and aided in writing a booklet for the Historic Grignon Mansion and designed many herb gardens all projects of the Paper Valley Garden Club that she was an active member of for 10 years. Carlton preceded Marian in death in 1987. In 1992 Marian and Wally Mooney were married and continued Marian's interest in gardening through different projects and groups and particularly the development of the Butterfly garden at Thousand Islands Nature Center in Kaukauna. Those who knew Marian well, knew that getting rid of weeds was extremely important to always having beautiful plants. She was 'outstanding in her fields'. These active years were followed by six years of Alzheimer's.

The funeral service for Marian will be held on Friday, November 29, 2013 at 11:00 AM at PEACE UNITED METHODIST CHURCH, 2300 Wisconsin Ave. with Pastor Lucretia Fehrmann officiating. A time of visitation will be held on Friday from 9:00 AM until the time of the service at the church. Interment will be in the Highland Memorial Park.

Online condolences may be expressed at www.wichmannfargo.com. A memorial fund has been established.