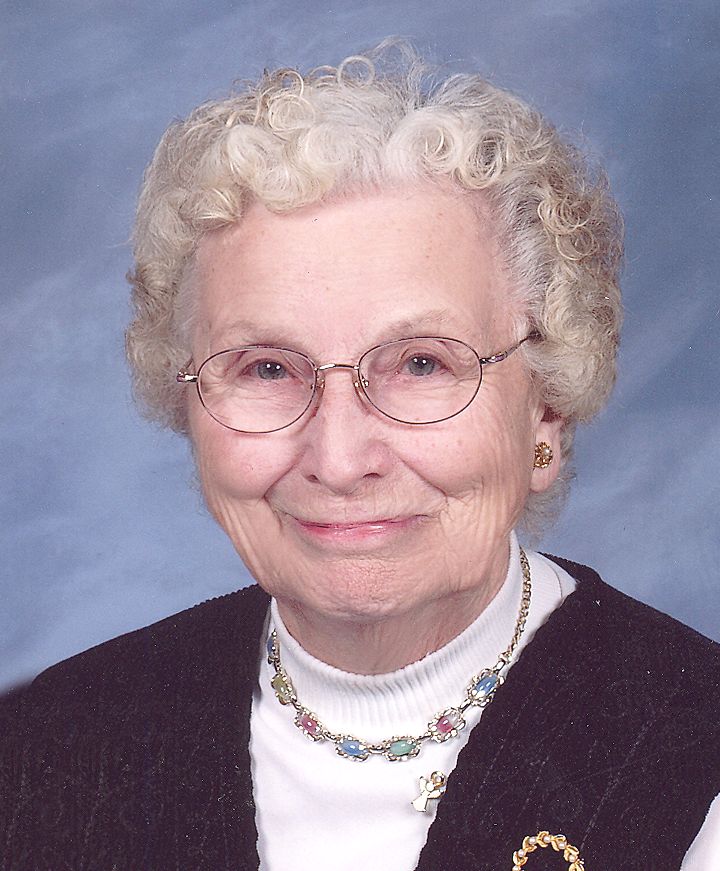 Marian Spiegelberg was called into her Lord’s waiting arms on Monday evening, April 30, 2018. Marian was born in Appleton on February 28, 1921, daughter of the late Henry and Anna (Krueger) Staedt. She was a member of the Appleton West High School class of 1939, the first class to graduate from the new high school. As a young woman, and like many others at the time, Marian worked at Zwicker Knitting Mill in Appleton. On November 18, 1942, she married Ferdinand “Ferd” Spiegelberg at Zion Lutheran Church in Appleton. Ferd preceded Marian in death in 1992. Marian was the youngest of six children, all of whom have also preceded her in death.

For many years, she and Ferd operated a dairy farm near Zittau, and for many of those years, Marian served as the church organist at Immanuel Lutheran Church there.

She was preceded in death by her parents, her husband Ferd in 1992, and five brothers and sisters.

Funeral services for Marian will be held at 11:00 AM on Saturday, May 12, 2018 at IMMANUEL LUTHERAN CHURCH, 9077 North Road, Fremont (Zittau), with Rev. Mark Kinney officiating. Burial will take place in the church cemetery. Family and friends are invited to gather at the church on Saturday morning, May 12, from 9:00 AM until the time of the service.

The family would like to thank the staff at Prairie Home Assisted Living – House of Grace, everyone at ThedaCare at Home Hospice, and Dr. Janine Buffo and her staff for all of the love, care, and support that has been shown to Marian and her family. Our grateful family will always remember your kindness.

The family has suggested that memorial donations be made to Immanuel Lutheran Church.