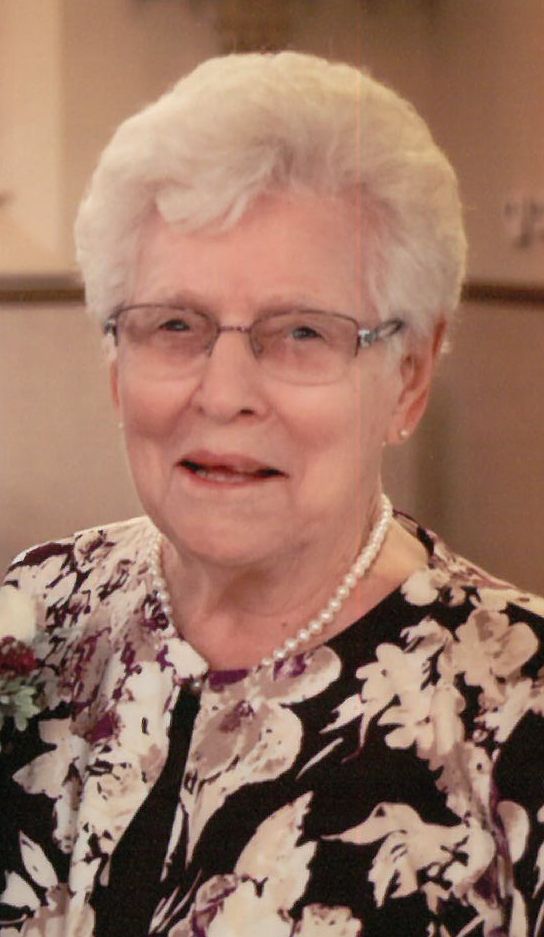 Marian worked at Zwickers Knitting Mill and a sewing shop for a few years and then started her own business as a seamstress making many, many wedding dresses over the years. She made her own wedding dress, hundreds of bride and bridesmaid dresses, and all the clothes for her family. She was a member of Holy Cross Catholic Church in Kaukauna. Marian volunteered in many ways to help others in the community such as St. Vincent DePaul, Respite, made rosaries and prayer shawls, youth ministry, was a Prayer Warrior on the Holy Cross prayer chain.

She loved camping, playing cards and games, doing all kinds of crafts, gardening, and spending time with family. She loved to set up her large Christmas village in her home and shake wrapped presents at holidays and birthday celebrations. Marian was a loving wife, mother, grandmother, great grandmother, sister, aunt, and daughter.

Funeral liturgy will be held on Saturday June 15, 2019, at 12:00 Noon at HOLY CROSS CATHOLIC CHURCH, 309 Desnoyer Street, with Fr. Don Everts officiating. Visitation will be held at the church from 9:30 AM until the time of service. Interment will be in Holy Cross Cemetery.

Marian’s family would like to thank the staff at St. Paul Elder Services, St. Paul Hospice Services, and Dr. Russo for their wonderful care and compassion. It gave us much peace.