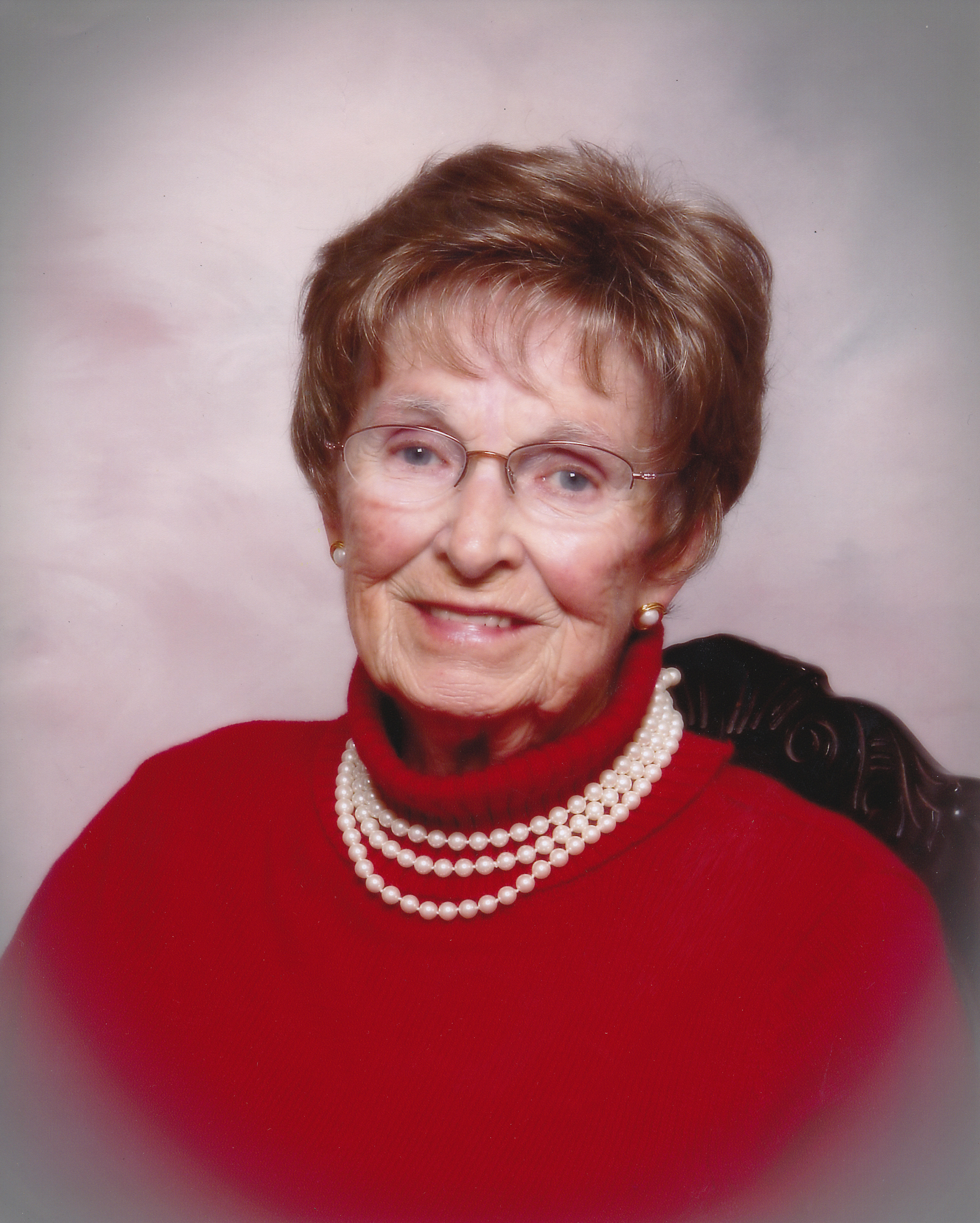 Marian was born May 9, 1921 to Ella (Koske) and Rudolph Krause in Oconto Falls, WI. She attended Appleton High School and went on to work at Zwicker's Knitting Mill, Pranges, Zaug's Catering and Freedom Elementary School as a teacher's aide until her retirement. She married Herbert Hooyman in 1941 and they settled in Freedom to spend many happy, productive years on the farm raising their family.

After they retired, Marian and Herb spent winters in Florida, where she enjoyed swimming and participating in the community events. She and Herb also traveled to visit their children in California, Tennessee and Arizona.

Marian was a master seamstress and enjoyed making and mending clothing for her family. In her free time, she liked to tend her plants and watch the Packers. A well-known card shark, she couldn't say no to a game of cribbage. Her jokes around the hand-and-foot table brought many hoots of laughter from her partners and opponents. She also loved to read, both fiction and news, and was always ready to engage in discussion of current events which she obtained from the internet.

In 2005, she published a book of memoirs which included a Krause and Hooyman family history, as well as, her observations about life in the twentieth century. Marian's heart was always with her family foremost, and she will remain in their hearts always.

Funeral services will be held on Saturday September 27, 2014 at Fargo Funeral Home in Kaukauna at 11:00 am. There will be a visitation from 9:00 to 11:00 at the funeral home on Saturday. Interment at St. Nicholas Cemetery in Freedom. For more information and to express condolences, please visit www.wichmannfargo.com.

A special thank you to the staff of Meadow Wood Assisted Living, Seymour for their care and understanding. In lieu of flowers, a memorial fund has been established.