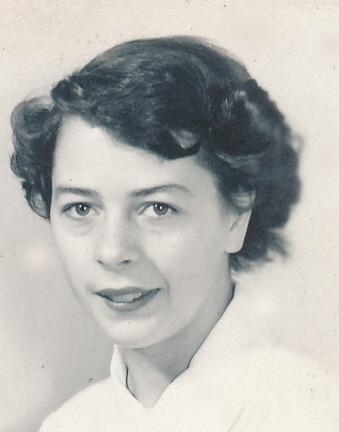 Marian Verstegen, age 78, of Menasha, passed away with her family at her side on Sunday, November 24, 2013 at Oakridge Gardens in Menasha. She was born on August 19, 1935, in Appleton, the daughter of the late Elmer and Marie (Spreeman) Schoettler. On April 21, 1955, Marian married the love of her life Ross Verstegen at St. Joseph Catholic Church in Appleton. She was a faithful member of St. Joseph Catholic Church in Appleton. Over the years she enjoyed watching her son's sporting events, watching sports on television and gardening. Marian was always on the go and took in outdoor concerts, Summerfest, State Fair, EAA, recreational trips to the casino and shows, or going out to eat. She was always talking on the phone with family and friends. Her family meant the world to her and she loved being with her children and grandchildren.

The funeral liturgy for Marian will be held at 10:30 am on Friday, November 29, 2013 at St. Joseph Catholic Church, 410 W. Lawrence Street in Appleton. Fr. Jim Leary, O.F.M. Cap will be officiating. Inurnment will take place in the parish cemetery. The family will receive relatives and friends at the church on Friday from 8:30 am until the time of mass. Memorials to St. Joseph Catholic Church are appreciated. Online condolences can be offered at www.wichmannfargo.com.