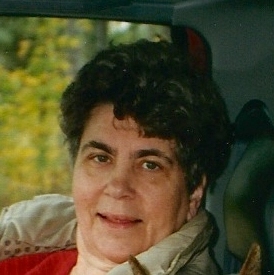 Maria Dykstra, 79, passed away on Thursday, April 24, 2014, at Theda Clark Medical Center. Maria was born on December 2, 1934 to Peter Anton and Mathilda Coenen (Cremers). She grew up on a farm in Holland. On November 29, 1956 she was united in marriage to Joseph Dykstra in Sittard (Ophoven), the Netherlands. After getting married they immigrated to Larchwood, Iowa, then to Sioux Falls, South Dakota before settling in Combined Locks in 1967. She helped her husband Joe in his cleaning business up until the time she stayed home with their children. Maria loved spending time with her family and friends and drinking coffee with them and socializing. She made great rice pudding, schaum torte and koud schotel. Maria also enjoyed her trips back home as they were always a special time. She loved her grandchildren and the times they spent together will always be cherished.

Maria was preceded in death by her parents, her husband Joe Dykstra, and siblings, Mathilda Pfennings, Bea Spranger, Annie Bemelman and Jan Coenen.

The funeral service for Maria will be held on Monday, April 28, 2014 at 6:00 PM at JANSEN FARGO FUNERAL HOME, with Deacon George Schraufnagel officiating. A time of visitation will be held on Monday from 4:00 PM until the time of the service at the funeral home. The family would like to thank the nursing staff at Theda Clark and Dr. Borte, Dr. Jenkins and Dr Novak for the exceptional care they gave Mom and the family during this difficult time and also to Kimberly Assisted Living, especially Xoupa and Jessica. Online condolences may be expressed at www.wichmannfargo.com